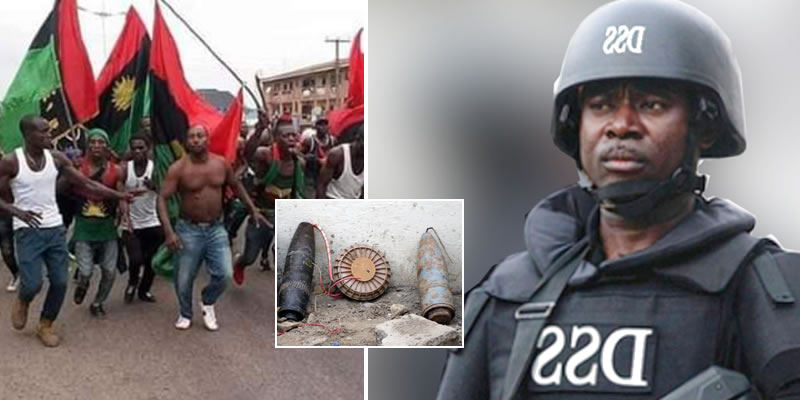 The Department of State Services has said the Indigenous People of Biafra’s Eastern Security Network are moving bombs and explosives from Lagos into Imo state with the intention to destabilise the state.

The DSS stated this in a letter to the Brigade Commander, 34 Artillery Brigade, Obinze, Owerri, Imo State.

The letter with reference number, S.238/5/1538 and titled, ‘Movement of explosive devices into the state by IPOB/ESN’.’ dated April 26, 2021, was signed by I. Abdullah on behalf of the Imo State DSS Director.

According to the secret police, it received intelligence that the explosives were being moved in articulated trucks from Lagos to a hideout in Orlu, Imo State.

The letter read, “Intelligence revealed that the proscribed Indigenous People of Biafra/Eastern Security Network has acquired bombs and Improvised Explosive Devices with which to further their subversive activities.

“It was reliably gathered that the newly acquired items are currently being conveyed from Lagos to an unconfirmed location in Orlu Local Government Area.

“The items are being concealed in articulated/heavy duty vehicles to beat security checks along the road. It was further revealed that the group intends to deploy the explosives in their planned attacks on security/government installations across the state.”

The DSS, therefore, advised the Brigade commander to ensure that deployed security personnel carried out thorough search on trucks coming to the state.