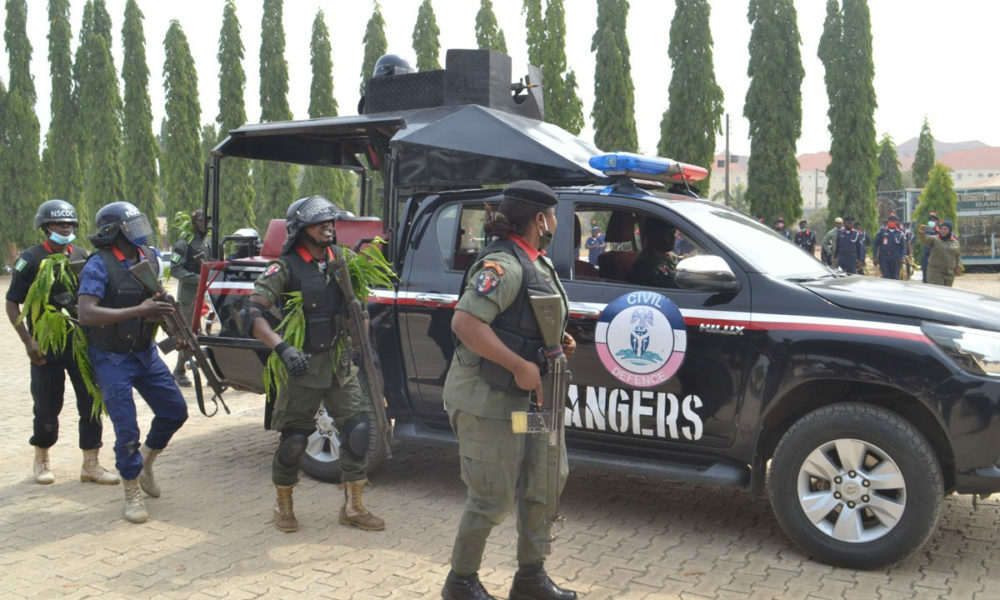 Commandant-general of the Nigeria Security and Civil Defence Corps (NSCDC), Ahmed Audi has guaranteed Nigerians of a highly coordinated approach to avert any attack on airport facilities across the country.

Recall that the Federal Airports Authority of Nigeria (FAAN) in April warned that it received an alert from the ministry of aviation over planned attacks on airports across the country.

The airports listed were those in Kaduna, Maiduguri, Sokoto, Kano, Abuja, and Lagos.

In a statement by Sola Odumosu, NSCDC public relations officer, Audi directed commandants of states with airports to immediately liaise with airport management authorities and other relevant stakeholders to fortify the internal security mechanism of the facilities.

“Operatives from specialised units such as Counter-Terrorism, Anti-Vandalism, Crisis and Disaster Management as well as Intelligence and Surveillance personnel for covert operations to all the Airports in the country, “the statement said.

“The move was necessary to elicit credible intelligence that will not only prevent such attacks but also to bring those behind the purported acts to book.

“The Corps could not afford to treat the security of Nigerians with kid gloves, hence, the marching order to all concerned.”

He asked Nigerians to see the security of the nation as everyone’s business and not as the exclusive preserve of security agencies.

“We are committed to protecting the identity of informants,” he said.