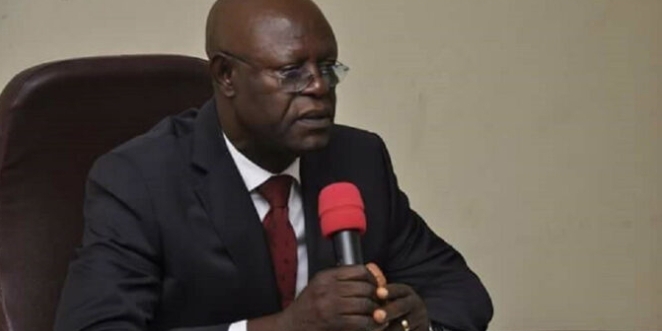 The Benue state government has expressed its disappointment over the claims of Ebonyi state governor, Umahi that the Agila people of Benue are responsible for the recent attack on Umwuagodo-Akpu community.

WITHIN NIGERIA had earlier reported how residents of Umwuagodo-Akpu community in Ebonyi were attacked on April 12 by gunmen, leading to the death of several persons.

Recall that the Ebonyi governor had claimed that the invasion of Umwuagodo-Akpu community was the result of a crisis involving Agila people of Benue state.

However, in a statement on Friday, Benson Abounu, deputy governor of Benue, said the state is disappointed in Umahi’s “baseless” claims as there was no evidence tying Agila people to the recent attack on Umwuagodo-Akpu.

“We are amazed and highly disappointed with the statement credited to the Executive Governor of Ebonyi State, His Excellency, Engr David Umahi indicting the Agila people of Ado Local Government Area of Benue State for the Monday, April 12th, 2021 attack on Umwuagodo-Akpu community of Ohaukwu Local Government Area of Ebonyi State in which an unspecified number of people were allegedly killed,” the statement reads.

“While we sympathise with the victims and families of those affected in the gruesome attack, it is important to state that there is no evidence linking the Agila people of Benue State with the offence.

“Let me state here that when news of the attack broke and the Governor cast aspersion on the Benue side, I, as Benue Deputy Governor and Boundary Committee Chairman, engaged my Ebonyi counterpart and we both investigated the unfortunate incident. Our findings did not support the claim that Agila people either directly attacked or masterminded the attack on Umuogodo-Akpu of Ebonyi State.

“We are surprised at the attempt by the Ebonyi State Governor to change the narrative and find scapegoats for an action everyone, including the survivors themselves said was carried out by Fulani herdsmen.

“When the attack first occurred, even without any form of verification, and against the avalanche of evidence that it was carried out by Fulani herdsmen, Governor Umahi had hurriedly accused Agila people of responsibility.

“Today, two weeks after, in order to validate his earlier assertion, Governor Umahi is laying blame on the Agila people even as he has accepted that the attack was actually carried out by Fulani herdsmen. He now says that the herdsmen were hired by Benue people. Even a gullible public will find this difficult to swallow.”

The deputy governor insisted that if the governor refuses to provide evidence to substantiate his claims, it would be interpreted to mean incitement against the people of Benue.

“I believe that it is now pertinent to request the Governor of Ebonyi State to make available all evidences, if any, of Agila’s involvement in the said attack,” he said.

“Otherwise, we in Benue will have no choice but to conclude that the Governor’s unfounded claiãm amounts to inciting his people against Agila people and by extension Benue State.”