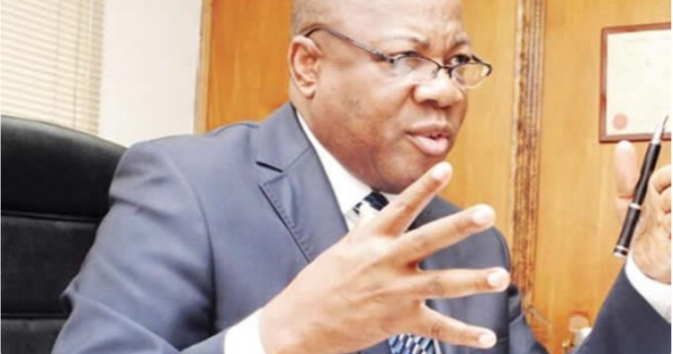 Agbakoba: Nigeria’s problems are beyond amending the constitution

Former president of the Nigerian Bar Association (NBA), Olisa Agbakoba has stated that Nigeria’s problems are beyond amending the constitution.

This was stated by the former NBA president while speaking at ‘The Platform’, the annual conversation organised by Covenant Christian Centre, on Saturday.

The senior advocate of Nigeria said having the best constitution under bad leaders would not change anything.

The national assembly is currently amending the 1999 constitution to, among other things, provide for devolution of powers and true federalism.

But Agbakoba argued that improving the state of things in Nigeria would also require the federal lawmakers to diminish their powers — which, he said, is unlikely.

“Constitution is merely the legal agreement, there is too much talk about the constitution, it is only a phrase. You can have the best constitution with the worst leaders and nothing would happen,” he said.

You’ve power to issue guidelines on e-voting and party…

“Devolution won’t solve anything if we all abandon the governance of our local governments. It is all of this put together that makes a country strong, not a constitution.

“A constitution will not change anything if you have the same actors. The second most powerful nation in the world is not democratic. It has brought seven hundred million people out of poverty. It has no constitution; it has only got nine men ruling it.

“For the national assembly to really sit down and decide to make Nigeria a great country, means that their power would be diminished. That is the problem. And they aren’t about to do that.

“There is an inherent problem with what we are today because we are confronting people who are uninterested in diminishing their powers.”

The senior lawyer added that the devolution of power constitutes just a small aspect of Nigeria’s problems which must be solved for the country to achieve its full potential.

“Why is this great country, in spite of its natural resources and human endowment, at the bottom,” he asked.

“This is the question that agitates me, how can we break it down, who will break it down? Where is the change going to come from? Where are we going to have the change and how, because I don’t believe the national assembly can do it.”