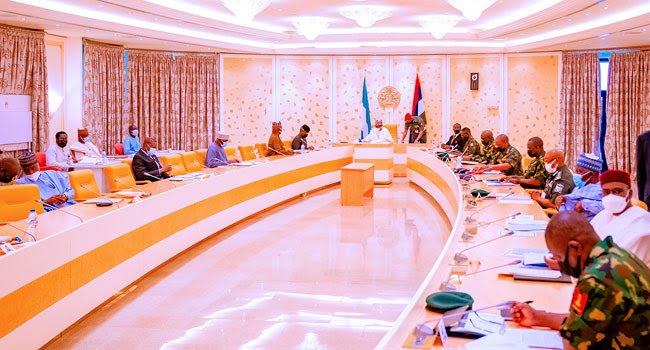 President Muhammadu Buhari has approved new security measures specifically targeted at the South East and the South-South geopolitical zones of the country.

Buhari gave the approval during the security meeting with service chiefs which he presided over at the presidential villa, Abuja on Tuesday.

The acting Inspector-General of Police, Usman Baba, made the disclosure but did not give details while briefing newsmen after the meeting.

The president also approved a memo presented by the National Security Adviser (NSA), Major-Gen Babagana Monguno (rtd), on the control of drugs he said are enablers of insecurity.

However, the NSA, who did not also elaborate while briefing the newsmen, said the meeting stressed the need to address the security challenges in the country particularly those that have arisen in the last few months.