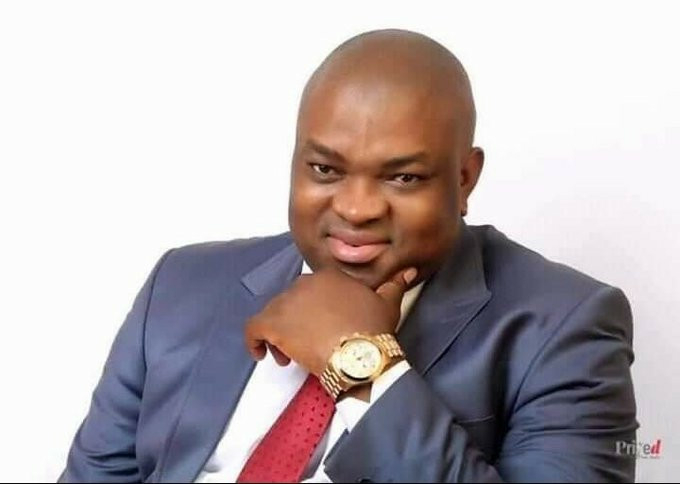 The Economic and Financial Crimes Commission, EFCC, has distanced itself from a dismissed staff, Mr. Peter Akpanke.

In a statement issued via its official Twitter page, the commission said they received reports that Mr. Akpanke still parades himself as one of its operatives, and had been using a false identity to harass and extort unsuspecting members of the public in Akwa Ibom and Cross River states.

The disclaimer also warned members of the public to desist from relating with Akpanke over any affairs concerning the commission.

The Economic and Financial Crimes Commission, EFCC wishes to notify the public that a certain Peter Akpanke is no longer a staff of the Commission and has no authority to represent it or carry out any business in the name of the Commission.

This disclaimer became necessary following reports that Akpanke, who was dismissed from the agency, had been parading himself as a bona fide operative of the EFCC and using the false identity to harass and extort unsuspecting members of the public, especially in Akwa Ibom and Cross River states. The Commission enjoins members of the public to desist from relating with Akpanke or according him any privilege due to an officer of the law.

They are also advised to report any further solicitations from Akpanke to the nearest EFCC office or police station. 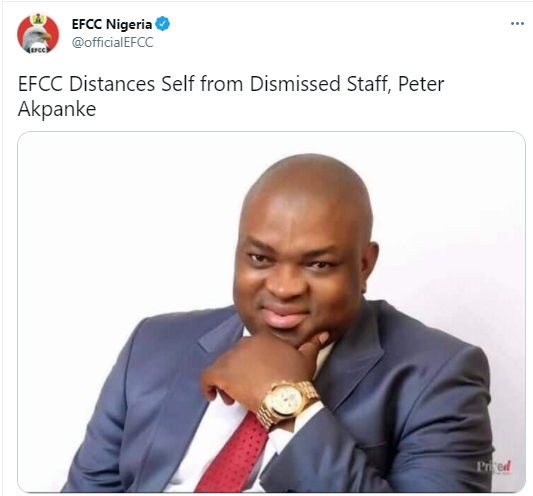 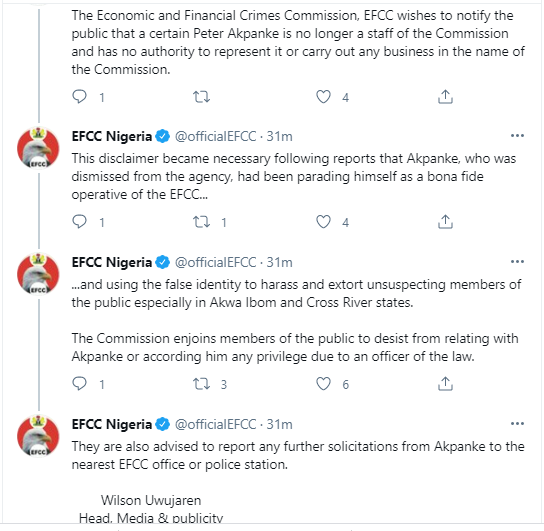