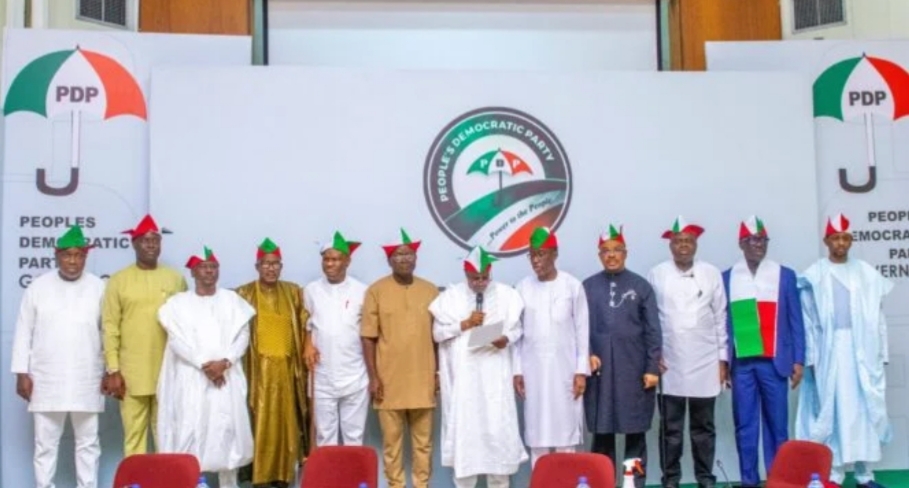 Governors of the Peoples Democratic Party (PDP) have asked President Muhammadu Buhari to send an executive bill to the national assembly to amend the constitution to devolve more power to the states.

This request was made on Monday in Ibadan, Oyo state by the PDP Governors Forum when the governors in the opposition met to discuss the state of the nation, the prevalent insecurity, and the economy.

At the end of the meeting, they released a communique that contained their resolution.

The communique reads in part: “The meeting called on Mr President as the Chief Executive Officer of Nigeria and Commander in Chief of Nigerian Armed Forces to immediately send an Executive Bill to the National Assembly to amend the Nigerian Constitution to devolve more powers to the states with respect to security arrangements culminating in some form of State Policing and the general security architecture.

“In the interim, Mr President should summon an immediate meeting of the Nigerian Police Council, which comprises Mr President and all State Governors and other critical stakeholders to evolve and implement strategies to combat the present threats to our union, especially with respect to policing.

“The meeting agreed that the Police Force still reams the appropriate institution to secure our democracy and should not be subjected to personal attacks. The welfare, training equipment, funding of all security agencies should be given priority.

“The meeting supports the earlier position taken by the Nigeria Governors Forum, Northern Governors Forum and recently by the Southern Governors Forum to adopt ranching as the most viable solution to the herders/farmers clashes in Nigeria: the restructuring of the Nigerian federation to devolve ‘more powers and functions to the States and reform of various civil institutions to achieve efficiency and ‘equity for all sections of Nigeria.”