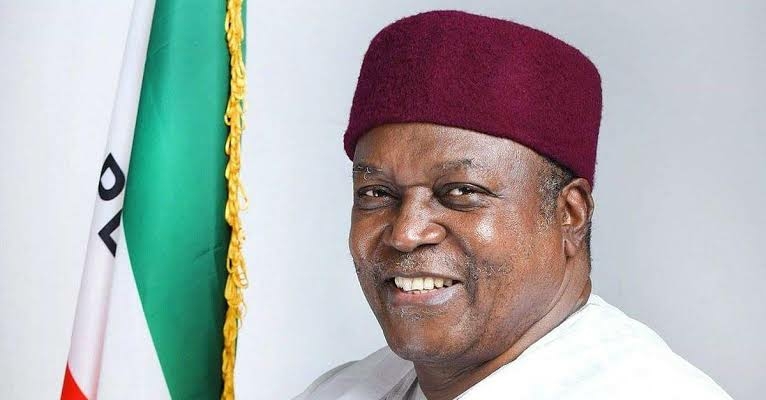 Governor of Taraba state, Darius Ishaku has stated that the Peoples Democratic Party (PDP) is shocked by the defection of governor of Cross Rivers, Ben Ayade to the All Progressives Congress (APC).

Recall that Ayade who is a governor elected under the platform of the PDP defected to the APC on Thursday, citing the need to help build Nigeria with President Muhammadu Buhari.

Reacting to the development, Ishaku who is a PDP governor said the opposition party members were embarrassed by the defection.

He spoke on Thursday after meeting with Ibrahim Gambari, chief of staff to the president, at the state house, Abuja.

“Well, I wouldn’t know precisely the governor’s thinking, because all of us are different, but we are greatly shocked and embarrassed that he suddenly dumped the party for APC, because all of us see PDP as an alternative to APC,” he said.

“And all the PDP governors are doing very, very well, in their respective states. And for him to leave for APC, I don’t know the details of that I have not seen.

“But be that as it may, I believe that any democratic country must have an opposition, a viable opposition and opposition in itself is good for democracy.”

Asked about the outcome of the PDP reconciliation committee that visited the Cross River governor, Ishaku said, “Let me tell you, they have done a good job. A very good one. But it depends on the decision of an individual and what he actually hopes to gain.

“You may get the best of intentions; somebody may not agree with you. And so that is the point that I think is more of the governor’s decision as it affects him, and that nobody can hold brief for that.”

Regarding the purpose of his visit to the presidential villa, he said: “I came to brief the chief of staff to pass some of my observations and thoughts to Mr president, particularly on Mambilla hydro power.”