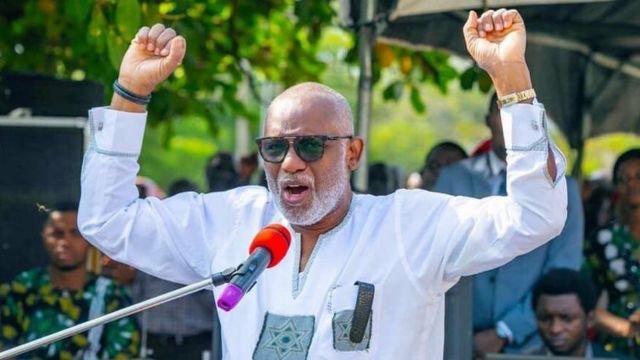 Governor Rotimi Akeredolu of Ondo state has revealed why he can not support secession.

According to the Ondo state governor, his wife is from the South East, so can never be in support of Nigeria breaking up.

Akeredolu said this when the Senate Committee on the Review of 1999 Constitution paid him a courtesy visit in Akure, the Ondo state capital on Tuesday night, May 25.

The Committee was led by the Deputy Senate majority leader and Senator representing Ondo North Senatorial District, Prof. Ajayi Borrofice, are in Ondo State to hold a public hearing on the review of the 1999 constitution (As Amended). The event is billed to hold at the International Centre for Culture and Event (DOME), on Wednesday at Akure, the Ondo State capital.

Akeredolu in his welcome address to the lawmakers, said people are losing confidence in the entity called Nigeria because a number of issues have been allowed to linger for too long. He, therefore, urged the Senators to listen to public complaints as the public hearing begins today.

“My circumstance cannot make me believe in secession. My wife is from the South-East. My sons married from other regions outside South-West.

But strong points have been made. Everybody wants to see fairness, federalism. Those are the areas. Is this how to run a federal government? Is it an inclusive one? How do we have fair representation? People are worried.

This constitution review, your efforts, I pray it should be accepted. Our people believe that there must be dialogue. People are saying we want national dialogue. How we convoke it, I don’t know. I believe those are issues we must look at” Akeredolu said

The governor who said the people are already frustrated declared that the incessant crises between the farmers and herders cannot be overlooked in the course of the public hearing.

“It is not easy to wish herders/farmers clash away. Our people are on the edge. What are we saying about police? Are we stressing multi-level policing? Are we taking about state police? I believe opportunities are there for us in this country” he said 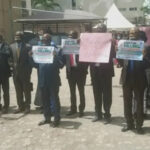