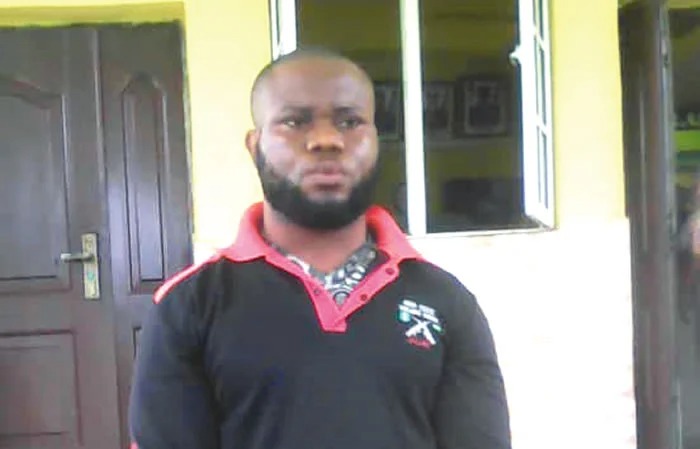 A vigilante member, Okorie Chukwuma, has been arrested by the police in Port Harcourt for allegedly killing his boss, Eyinaya Ogbonna, a businessman based in the United States of America.

It was gathered that the suspect, after committing the crime in Abia State, fled to Port Harcourt, Rivers State, where he sold off the deceased’s car.

Ogbonna was said to have recently returned to Nigeria and started a gas station in Abia State, where he employed the suspect to supervise the facility.

The police spokesman said the suspect, however, connived with another vigilante to take the life of the businessman after a disagreement.

“This young man you have interviewed is from Abia State and also works there. One Eyinnaya Ogbonna, a resident of US who came to Nigeria to build a gas station in Abia State, employed him and one other in his gas station.

“The deceased got this man through a vigilance group. All of a sudden, he developed animosity for Ogbonna.

“Precisely on Sunday, the owner of the gas station went there. One thing led to the other and the man was shot from behind. He fell on the spot and died.

“The suspect, in continuing his criminal act, decided to take the man’s Venza car for sale and took it to Port Harcourt, whereupon he was intercepted by the police and arrested.

“We have recovered a pump-action gun, the man’s clothes and other exhibits. Investigation is ongoing. The second suspect is in Abia State as we speak. We are going to bring him,” he said. 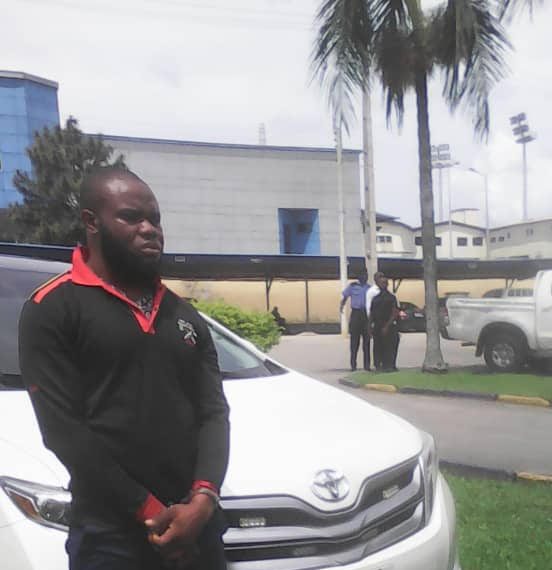 Chukwuma confessed to the crime during an interview with The PUNCH.

He said, “I am a member of the Abia State Vigilante Service. I am here because I killed my boss. I came to Port Harcourt to sell his vehicle and escape with the money. Unfortunately, the police caught me.

“It happened last Sunday. He came to my duty post (gas facility). He told me not to bring friends to the gas facility; I said Okay. That Sunday, my colleague came to visit me and unfortunately he (deceased) came to inspect the place. So, he got angry with me and asked why I brought my friend.

“I told him that he was my colleague. So, from there he started quarrelling with me and my colleague. My colleague exchanged words with him. My boss rushed to beat him, but I held him back and promised not to bring anyone there again.

“So, he said since I didn’t want to listen, he would stop my work and maybe meet my commander (vigilante head) that if his money would go, no problem.

“When he left, my colleague and I started mocking him and planned how to hurt him. He came back later that afternoon and I killed him with my firearm. I shot him from the back.”