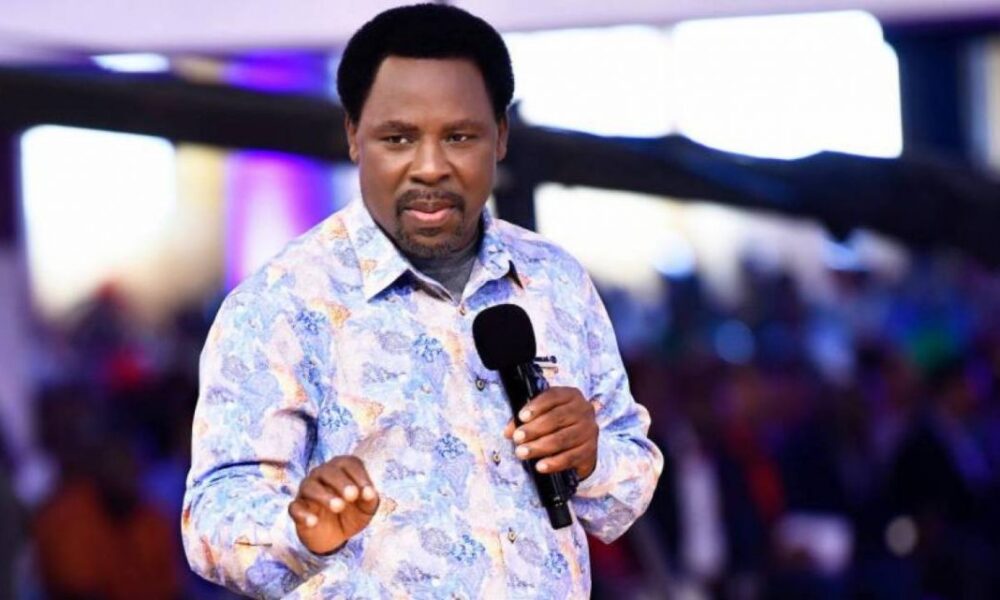 Gov. Ifeanyi Okowa of Delta has commiserated with the Joshua family and members of Synagogue Church of All Nations (SCOAN) on the death of their son, and founder, Prophet Temitope Joshua.

The governor conveyed his condolences in a statement by his Chief Press Secretary, Mr Olisa Ifeajika, in Asaba.

He said that the renowned cleric’s demise was shocking, describing it as a huge loss to the Christian community in Nigeria and across the world.

Okowa said the deceased would be sorely missed for his humble teachings, meekness and wise counsels, and particularly for his good heart and grandiose philanthropy.

He also commiserated with the government and people of Ondo State on the demise of the consummate preacher.

The governor urged the family and the church to be consoled by the virtues of humility, service to humanity and sound biblical teachings that the deceased espoused, working in the Lord’s vineyard until his final call.

He assured the family and SCOAN of the support and prayers of his family and the people of the state at this trying period.

“It is with great sadness that I, my family, the government and people of Delta commiserate with the Christian community, the Joshua family and the entire SCOAN on the passing away of renowned televangelist, Prophet Temitope Joshua.

“He was a strong voice in the Christian community where he commanded great following, performed miracles and taught the word of God with passion.

“His death, no doubt, is a great loss not just to his family and the Synagogue Church of All Nations, but to our country and beyond as his teachings and support to the less-privileged would be greatly missed.

“Our thoughts and prayers are with his family, his church and entire Christendom for his soul to repose peacefully and for fortitude to the family to bear his demise,” Okowa.