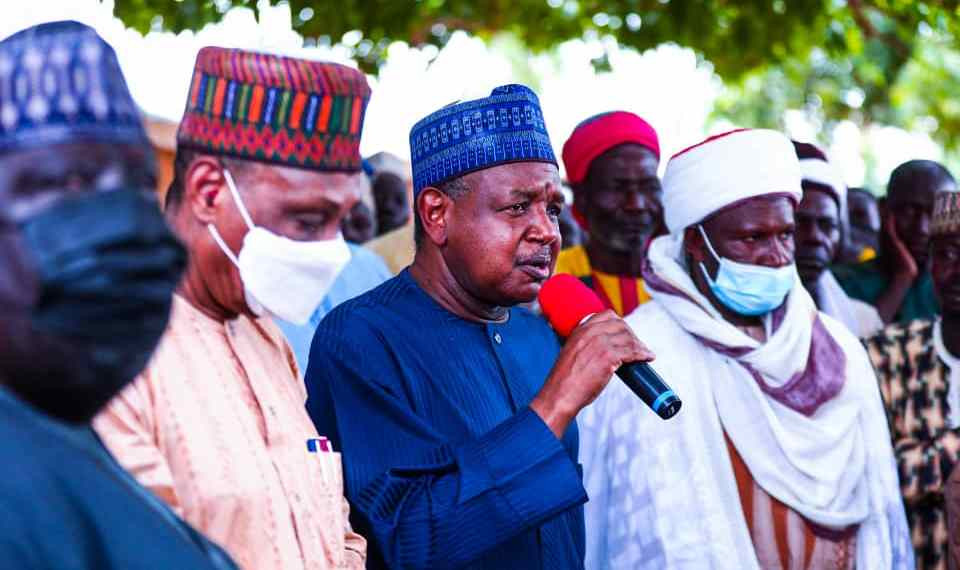 Two persons were reportedly shot and injured on Saturday June 5, after the convoy of Governor Atiku Bagudu of Kebbi State was blocked as villagers protested against insecurity in the state.

The protest ensued after 88 persons were killed by bandits in Danko-Wasagu Local Government Area of the state on Thursday June 3.

Premium Times reported that Governor Bagudu who was in the council area to condole with the people over the killings was booed by residents who burnt tyres on the streets and allegedly attacked his convoy over his alleged poor handling of security challenges in the areas.

The publication reported that a vehicle attached to the governor’s convoy was burnt by the protesters after shots fired by security agents to disperse the crowd hit two persons. The two men were said to be receiving treatment in an undisclosed hospital in the state.