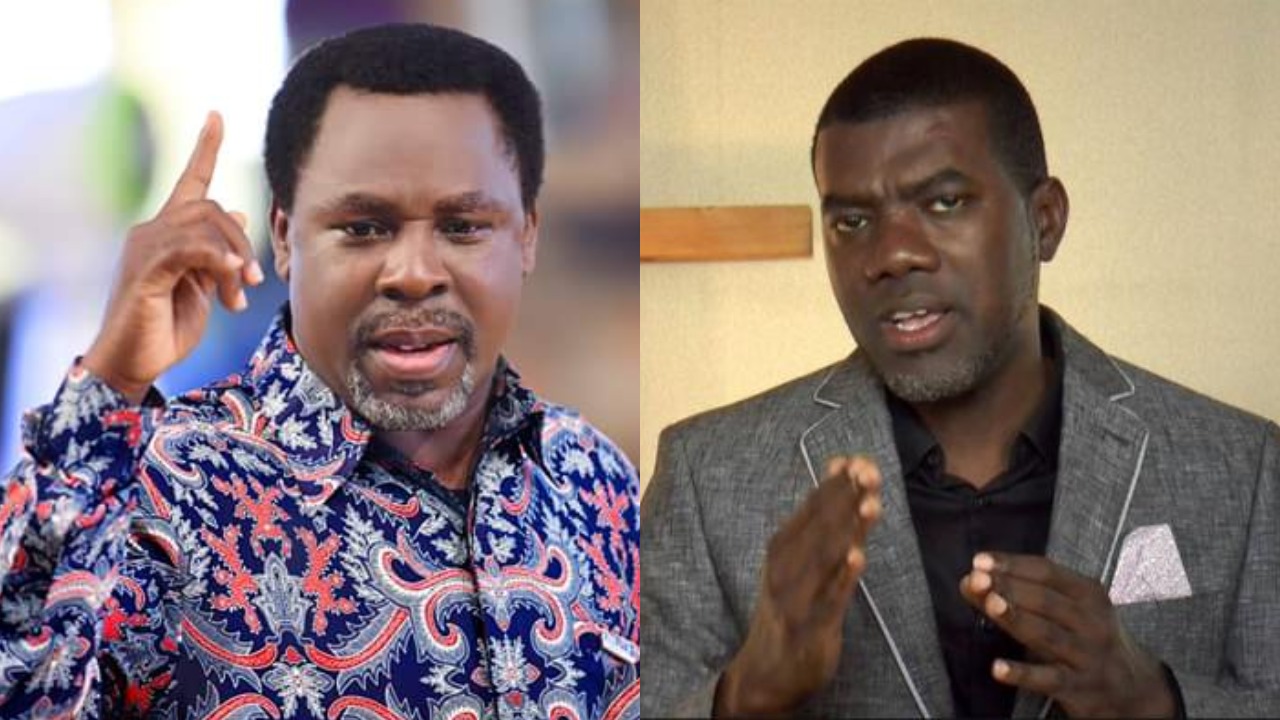 TB Joshua: Unchristlike to attack the dead when he has no chance to defend himself – Reno Omokri

A former presidential aide, Reno Omokri, said it is unchristlike to attack the founder of the Synagogue, Church of All Nations, Prophet Temitope Balogun Joshua after his death when he has no chance to defend himself.

Omokri said he didn’t say anything about the charismatic pastor when he was alive because the clergy’s source of power was unknown to him.

WITHIN NIGERIA recall that TB Joshua was confirmed dead via his verified Facebook page on Sunday morning after hosting a programme in his church on Saturday night.

He stated this on Tuesday via his official Facebook page while reacting to those celebrating the death of the popular televangelist and philanthropist.

His Facebook post reads, “Whilst he lived, I never said anything about him. Neither good nor bad. Not because I did not like him, but because I do not know where his powers came from.

“So, rather than say what I do not know, I kept mute. But now that he is dead, let him be. It is unChristlike to celebrate death, or mock the departed.

“But beyond being unChristlike, it is also ungentlemanly to wait until someone is dead before you attack him. If you must attack, do so while he yet lives, that he may have a chance to defend himself.