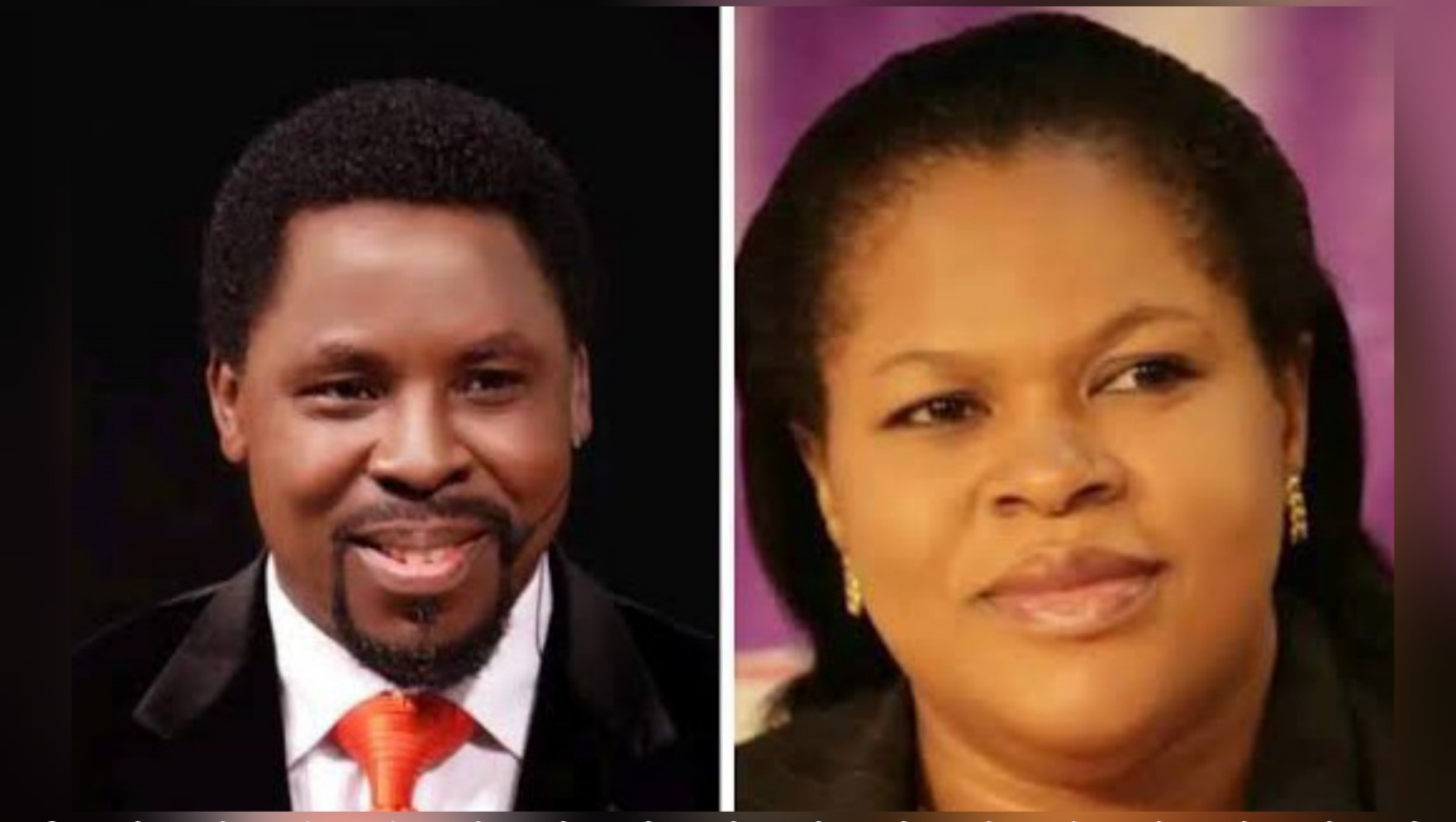 Evelyn, wife of the late founder of the Synagogue, Church of All Nations, Prophet Temitope Joshua, aka TB Joshua, on Wednesday, said the death of her husband did not come to her as a surprise.

She described the death of the popular televangelist and philanthropist as an act of God.

TB Joshua’s widow stated this when a delegate from the Lagos State Governor, Babajide Sanwo-Olu, led by the Commissioner for Home Affairs, Prince Anofiu Elegushi, paid her a condolence visit in the Ikotun area of Lagos.

Recall that the charismatic preacher, TB Joshua died in Lagos on Saturday at the age of 57.

“What happened was an act of God. There is time for everything, like my husband would say. That was the word I knew from him very well. This is the job he was known for. This is what he was living for. That is what he was going to die for. So, it didn’t come to me as a surprise. I wasn’t surprised when it happened. As we all know, he was in service that day. So, that’s it,” she said.

The widow appealed to Sanwo-Olu to participate actively in her husband’s burial, which she said would be made public very soon.

Speaking, Elegushi said, “We are here on the directive of the Lagos State Governor, Mr Babajide Olusola Sanwo-Olu to pay a condolence visit and offer prayers to the family of our beloved Pastor and Prophet TB Joshua.”

The delegation later presented a condolence letter signed by the governor to the family of the deceased.

Meanwhile, an uncle of the deceased, Alhaji Salisu Musa, who told PUNCH the family would meet before the end of the week on the burial arrangement, adding that the members of the family were all in Lagos for a meeting.

He said, “We are still in Lagos; we will meet before Friday to discuss everything about the burial arrangement, including the place of burial. So, by Friday evening, we would have concluded on it.”