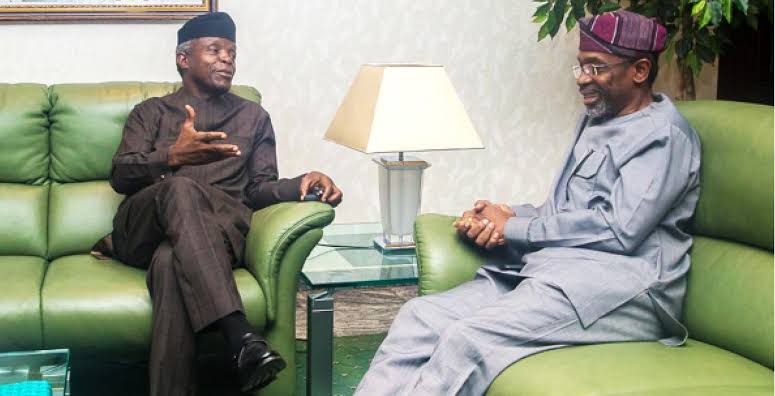 Gbajabiamila is one of Nigeria’s most successful politicians, says Osinbajo

Professor Yemi Osinbajo, Nigeria’s vice president has stated that the speaker of the house of representatives, Femi Gbajabiamila is one of the most resilient and successful politicians in the country.

This was stated by the vice president while speaking at the launch of a photobook about the speaker in Abuja on Saturday.

The vice-president also commended Ayo Adeagbo, personal photographer to the speaker, who authored the photobook.

“Ayo has proved to be a creative and faithful storyteller of the political journey of the charismatic and photogenic speaker,” Osinbajo said.

“I really think Ayo has done a good job. But I think the job was made easier by the fact that his subject is one of the most resilient, one of the most resourceful and most successful Nigerian politicians, having won elections five times in the last 18 years.

“He is an effective bridge builder across tribes, across religions, across political parties, and even generations. He has proved to be an innovative mediator and an honest broker in several local and national disputes and conflicts.”

Gbajabiamila said the photobook is part of the historical stories that will survive generations, adding that “the stories it tells aren’t mine alone.”

“Every person who appears in the pictures that make up this book, every event that is catalogued there, every smile, every frown all tell different stories,” the speaker said.

“All of those stories are important. As a people, we haven’t always been good at keeping our records and telling our own stories, but that’s changing and it’s a good thing.

“I hope that in this generation and the next, we will learn lessons from these stories, and be inspired and motivated by them. And I hope that the stories we tell bring us closer together as friends, brethren and citizens.”