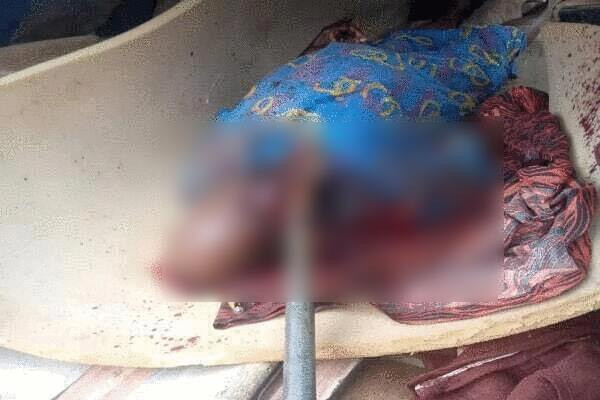 A 13-year-old boy identified as Abubakar has allegedly hacked his 79-year-old father, Osariakhi Oronsaye to death in Edo State

The incident was said to have occurred at Egbon Estate in Evbuotubu, Benin City on Sunday, June 20.

Nigerian Tribune reported that the deceased had earlier reported his son to the Evbuotubu Police Station a week earlier when the boy threatened to kill him.

However, upon arrest, the father was said to have had a change of mind and pleaded with the police to let the boy go.

In the early hours of Sunday, the young boy carried out his threat as he allegedly hacked his father to death in his sleep.

Spokesperson of the State Police Command, SP Kontongs Bello, who confirmed the incident on Monday June 21, said that the advice of the state’s Director of Public Prosecution, DPP, would determine the fate of the minor.

Kontongs noted that the minor status of the offender had made it imperative for the Command to liaise with the DPP, noting that everything would be done to unravel the case.

The Police PRO stated that “I can confirm to you that the command is discussing with the DPP over the case. It is an unfortunate case but we are also conducting our investigation to ensure that we unravel the case. The culprit is a minor so we must be sure of what we are doing.”