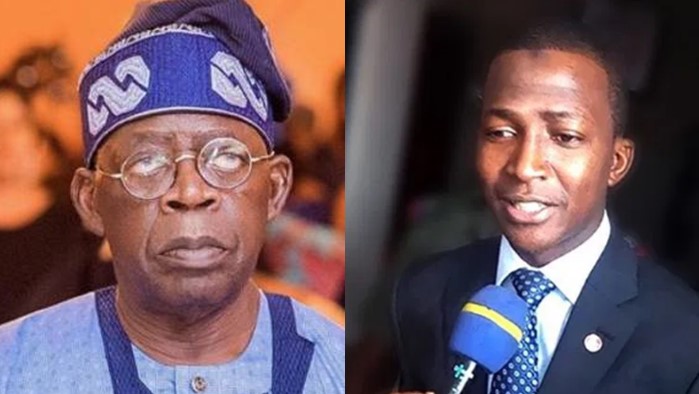 Tinubu is under EFCC investigation – Bawa

Chairman of the Economic and Financial Crimes Commission (EFCC), Abdulrasheed Bawa, has stated that the National Leader of the All Progressives Congress (APC) Asiwaju Bola Ahmed Tinubu is currently being investigated by the anti-graft agency.

Bawa disclosed this while speaking with ThisDay, adding that investigation would take time.

The EFCC boss revealed that the Commission has a request for Tinubu’s assets declaration form.

“You asked me a question earlier about arresting people before an investigation and now you are saying why didn’t we arrest Tinubu? Why didn’t you just say ‘arrest him’?

“Investigation is ongoing. When you are investigating matters like this, they don’t end in a day. Thousands of investigations are going on, on a daily basis.

“You understand? You know you are from the media. After you will say we are doing a media trial,” Bawa stated.

Recall that Attorney-General of the Federation and Minister of Justice, Abubakar Malami, had in the month of March said there was no plan to investigate the former Lagos State governor.

“The Office of the AGF has not taken any decision, filed or instituted any action before any court in the land relating to Bola Ahmed Tinubu.

“However, the Office of the AGF and its arm, which is the Director of Public Prosecutions, has not initiated any proceedings and no investigation has been instituted by either EFCC or the Code of Conduct Bureau against the APC chieftain,” he said.