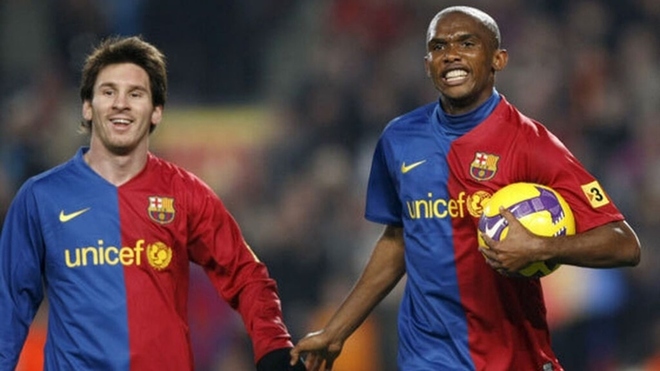 The pair spent five years together at Camp Nou between 2004 and 2009, and having formed a firm friendship with the Argentine off the pitch, the Cameroon international is desperate to see him add international honors to his trophy cabinet.

The former Barcelona striker has described the club’s captain, Lionel Messi, as a ‘god’.

The Cameroon legend stated this in an interview with Spanish newspaper, AS, on Monday.

“I know that Messi loves Barcelona, that he has no problems and that it is not a question of money,” Eto’o said.

“The only thing is the project, which has to be reliable and I know that Joan [Laporta, the new president] is working on that.

“He has to enjoy the time he has left, football owes it to him, not just Barça. He has given us everything, he has to enjoy it and win titles.

I wanted to kill myself because of Messi – Paredes

“Messi is god and when you have a god, you just have to admire him.”

Messi, 33, has won six Ballon d’ Or awards in his glittering career so far.