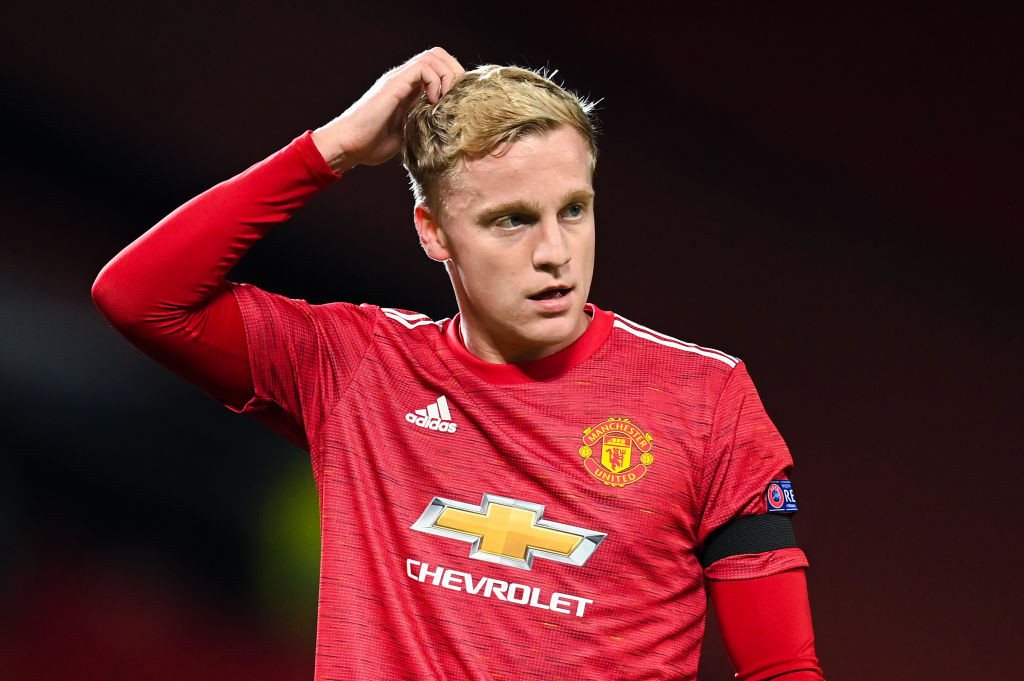 Anthony Martial and Donny van de Beek, Manchester United stars, may be at risk of the axe this summer with the club admitting ‘every player has a realistic valuation’, according to reports.

ESPN claim that while Ole Gunnar Solskjaer still expects most of his squad to stay for the next campaign, there is the possibility of certain names moving on should clubs match their valuation.

Martial and Van de Beek endured poor seasons last year and the club is ready to axe both men.

Van de Beek has struggled to make an impression after joining from Ajax last summer, but is willing to stay and fight for a first-team spot.

The Dutch midfielder is currently on holiday after picking up a groin injury that ended his Euro 2020 hopes.

Martial has not played for United since March as a result of injury. The Frenchman has now fallen behind Edinson Cavani in the pecking order.

Other fringe players such as Andreas Pereira and Diogo Dalot may also leave. Both were sent out on loan to Serie A last year, with Lazio and AC Milan respectively, and United are willing to ship them out again.