Usifo Ataga: I stabbed, strangled him to death – Chidinma reveals amid doubts of acting alone 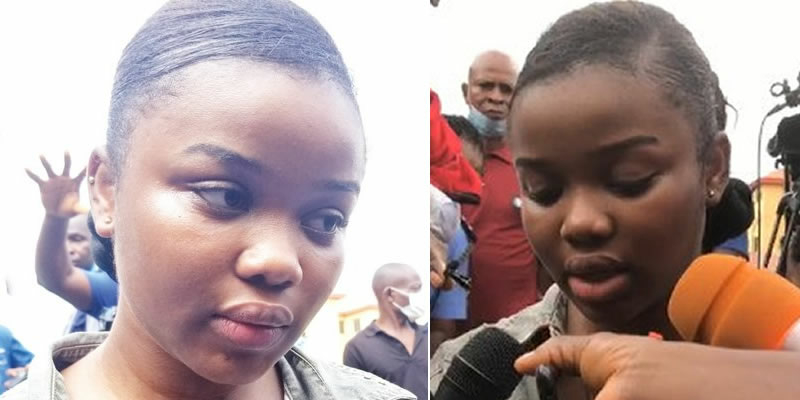 21-year-old student of University of Lagos, UNILAG, Chidinma Ojukwu, has recounted how she killed Super TV boss, Usifo Ataga, few days after the brother of the deceased claimed that one person could not have killed the Super TV CEO and buttressing his point with evidences at the crime scene.

Miss Ojukwu disclosed that she first strangled Ataga before stabbing him to death.

Speaking with Vanguard, the 300-level Mass Communication student of UNILAG narrated that she was able to murder Ataga because he was weak.

Ojukwu also begged God and Ataga’s family for forgiveness because she never intended to kill the Super TV boss.

She said: “I have never had peace since the day I was arrested. Never in my wildest imagination did I envisage I would kill a human being. I see his face in my dream every night. At times I would be scared to sleep.

“I have been begging God for forgiveness. This is not what I wanted for myself. I don’t know what fate holds for me.

“I am also begging his family to forgive me, especially his children. Ah! God, what have I done?” she exclaimed, burying her face in her palms.

“I was able to overpower the deceased because he was weak.”

She added that Ataga became weak after “taking three wraps of Rohypnol while she took one wrap.”

Usifo Ataga: I stabbed, strangled him to death – Chidinma reveals amid doubts of acting alone