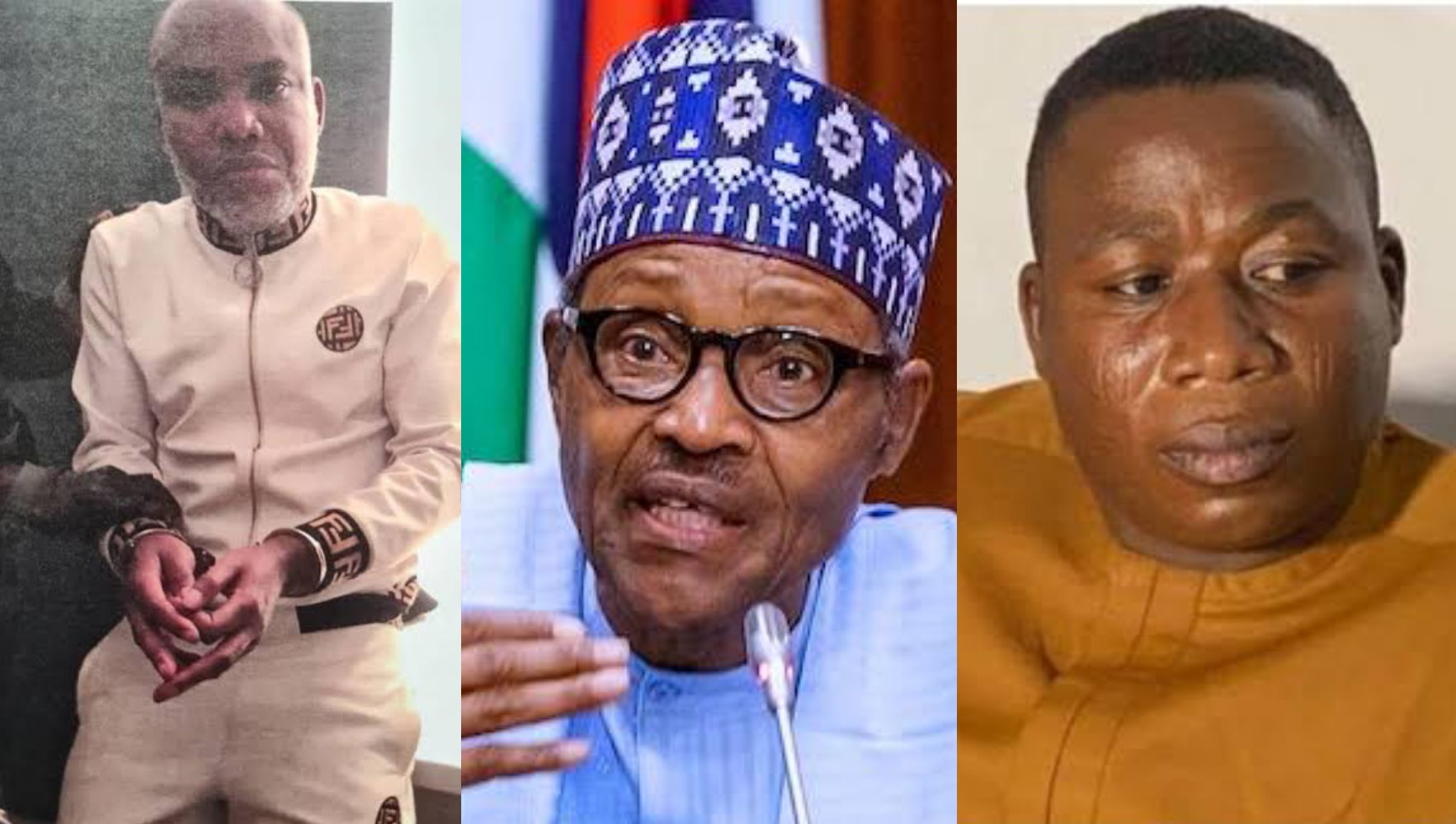 President Muhammadu Buhari has commended the collaboration between security agencies on the operations against Nnamdi Kanu and Sunday Igboho.

His spokesman, Garba Shehu, said they executed with great synchronization with arrests of individuals who had inflicted pain and hardships on fellow citizens.

Shehu, in a statement, noted that Kanu and the Indigenous People of Biafra (IPOB) leaders are known for murderous actions and virulent messaging.

He confirmed the “international operation” against Kanu resulted in his hand over to the National Intelligence Agency (NIA) and then repatriation.

The aide said the violence inspired by IPOB has led to hundreds of fatalities, particularly targeted at Government assets and Law Enforcement Agents.

“There have been at last count, fifty separate violent attacks, heavily concentrated in the South-East, which heaped further hardship on our honest and hardworking citizens, preventing them from earning their livelihood and going about their normal lives.”

Shehu confirmed that the government had been monitoring the activities of IPOB and had strong cause to believe that their funding sources include proceeds of suspected illicit criminal activities.

The statement hailed the raid of the residence of Igboho, “who has also been conducting acts of terror and disturbing the peace under the guise of protecting fellow kinsmen”.

Shehu added that his seditious utterances and antics, publicly expressed, have overtime morphed into very hateful and vile laden speeches.

The government respects fundamental rights of citizens to express their views and recognizes this as a democratic tenet, he stressed.

“However, any attempt to build an armoury coupled with plans either subtle or expressed to undermine our unity as a nation will not be condoned.

“Mr. President’s directives to Security Services regarding anyone seen to be carrying arms, particularly AK-47 are clear and require no further illumination.

“Assault weapons are not tools of peace loving people and as such, regardless of who they are and where they are from, the Security Agencies should treat them all the same.”

Shehu said the successes of our security agencies must be commended as they have demonstrated significant deftness, guile and secrecy in carrying out these missions.