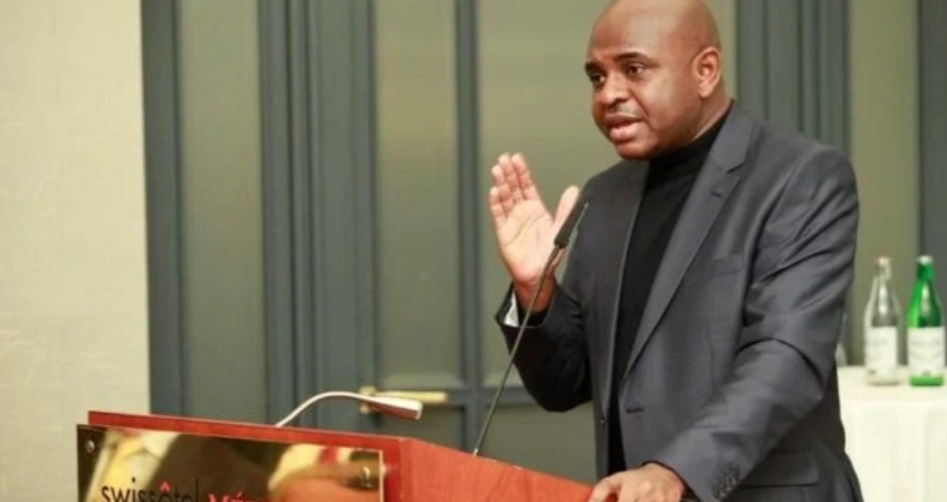 Former presidential candidate of the Young Progressives Party (YPP), Kingsley Moghalu has stated that Nigeria’s constitution is an obstacle to the country achieving economic diversification.

He said the constitution hinders a regional approach to economic diversiﬁcation and economic management.

This was stated by Moghalu while delivering a paper titled ‘Economic Diversiﬁcation and the Wealth of Nations: Lessons and the Path Forward for Nigeria’ at a conference of the Nigerian Economic Students Association (NESA) in Port Harcourt on Thursday.

According to Moghalu, Nigeria witnessed its best broad-based economic growth in the first republic when resources were under regional control.

He suggested that Nigeria’s economic policymakers should help the government develop targeted export policies and incentives that would drive diversiﬁcation.

“Achieving economic diversiﬁcation in Nigeria would require a comprehensive and joined up approach to economic policy, rather than the silo approach we have seen for many years,” he said.

He advised that the presidential economic advisory council should become a full-time body because “managing Nigeria’s economy to transformation would require capable hands that work on it full-time, doing the granular work and analysis that will drive policy”.

Moghalu said it is important that such a council, and the rest of the country’s economic management apparatus, acquire and establish strong competence in industrial policy if the economy is to become truly diversified.

He said for the approach to succeed, “the two most important requirements, which are lacking in the Nigerian context, are, ﬁrst, a clear philosophical foundation for our country’s economic policy that is based on a clearly deﬁned vision and sets out the balance between the role of the government and the role of the market”.

The former Central Bank of Nigeria (CBN) deputy governor said foreign exchange policy in Nigeria needs to be revamped away from state control, “which encourages scarcities,smuggling and arbitrage”.

He added that achieving economic diversiﬁcation depends on the existence of productive knowledge.

“This requires Nigeria to focus on creating the skills amongst its young population that will drive competitive manufacturing for exports,” he said.

“This calls for a revamp of the education sector in favour of science and technology, at least for the next two to three decades. This is how China was able to achieve spectacular economic transformation and become the world’s second largest economy.”