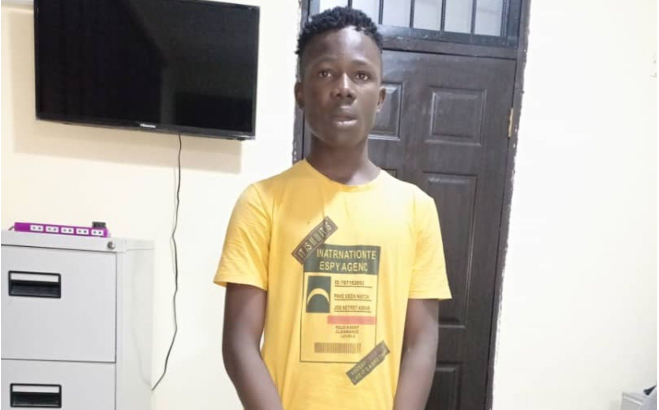 A 17-year-old boy identified as Esealuka Paul has been arrested by the Operation Delta Hawk Patrol Team on routine stop and search duty along Cable Point in Asaba, Delta State for allegedly being in possession of illicit drugs.

WITHIN NIGERIA gathered that the suspect was intercepted by the Police and a search was conducted on him.

They found in his possession sixty-eight (68) sachet of dried weed suspected to be Indian hemp, thirty-three (33) sachet of SK, six (6) packs of Razler and one (1) lighter.

According to the police, “the suspect was arrested and Investigation is ongoing.”