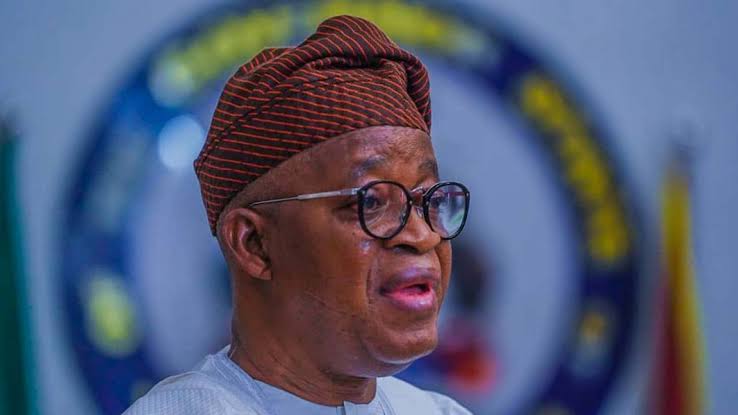 Speaking during the swearing-in ceremony at multi-purpose Hall, Local Government Service Commission, Abere, Osogbo, Oyetola noted that his administration had shunned profligacy, corruption and other inimical behaviours that could jeopardise the quest for excellent and inspirational leadership.

He enjoined the council bosses to do the same.

He urged them to champion the progressive ideals by being magnanimous in victory and to run the affairs of their respective councils with the fear of God, transparency, accountability, fairness and equity.

Oyetola directed the new council heads to hit the ground running and ensure that they deliver the dividends of democracy urgently to the teeming citizens as part of efforts to permanently register the name of the All Progressives Congress (APC) in the hearts of the citizens and leave an indelible footprint in the sand of time.

This is even as the governor charged them to stretch the hands of partnership to fellow contestants, who were not so privileged by embarking on a reconciliatory move to other party members.

The Commissioner for Local Government and Chieftaincy Affairs Mr. Adebayo Adeleke lauded Oyetola for appointing men and women of impeccable character to take up the mantle of leadership in the local government areas.

He advised them on dedication, loyalty and service, saying it is a thing of joy that 69 capable persons had been appointed as chairmen to head the helms of affairs at various councils across the state.