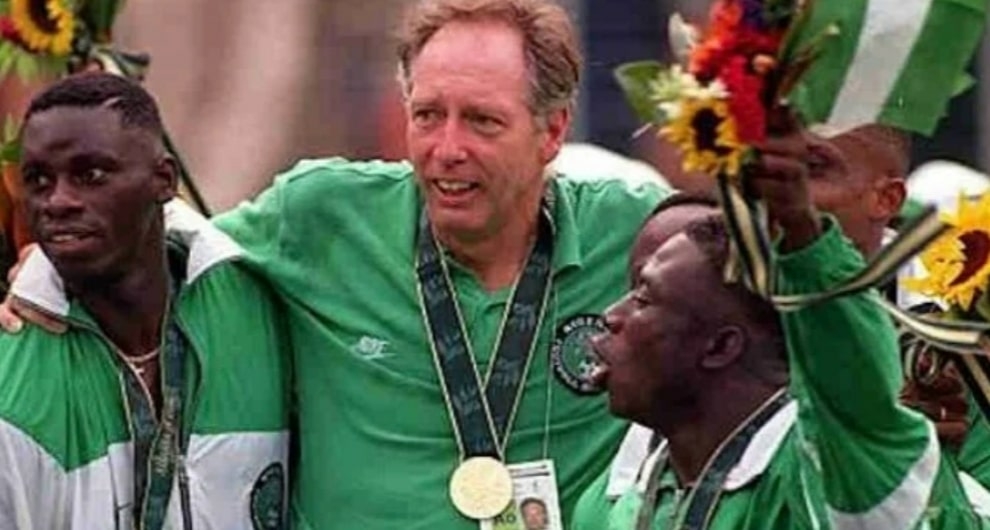 The former assistant technical adviser of the Super Eagles, Bonfrere Jo has stated that Nigeria is no longer among the top footballing countries in the world.

The 75-year-old Dutch football coach further stated that Nigeria’s failure to qualify for the football events of the Tokyo Olympics emphasised the deterioration.

Both Nigeria’s men and women football teams will miss out on the action when the Olympics kick off later this month.

The men’s team failed to emerge from group stages of the 2019 U23 African Cup of Nation (AFCON) while Super Falcons’ quest was also halted by Cote D’Ivore via an away goal earlier the same year.

Speaking with reporters on Tuesday in Abuja, Jo, who led Nigeria to gold at the 1996 Olympic Games in Atlanta, voiced his concern about how innocuously the country has slipped off among the best footballing nations in the world.

The Dutch also disclosed that he is gutted by the absence of the Nigerian football teams from Tokyo, adding that the country has failed to build on the accomplishment of 1996.

“I am disappointed. Because Nigeria is no longer a big country in football, you will normally expect that the Nigerian team will qualify for the Olympic game for Tokyo this year, but they have not done it,” he said.

“We have done a great achievement with Nigeria in 1996, beating the South Americans – Brazil and Argentina. Now they cannot follow up on the work that we have finished. That’s why it is not good for Nigeria not to have qualified for football in the Olympics.”

Tokyo 2022 makes it the third consecutive Olympics that the Nigerian teams will be missing after participating in Beijing 2008, where the men finished with silver medals.