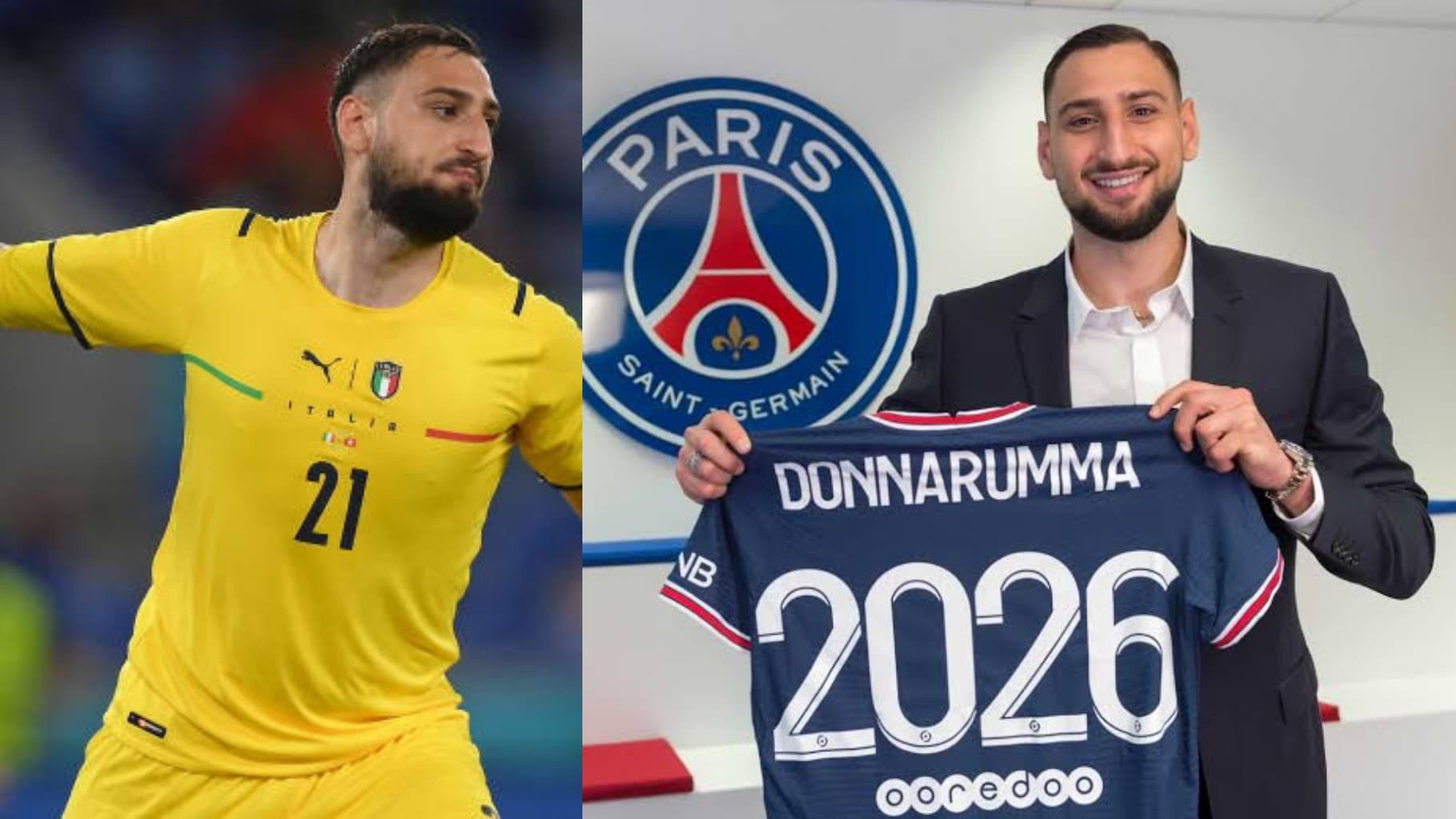 Paris Saint-Germain said on Wednesday that they had completed the signing of Italy’s Euro 2020 goalkeeper Gianluigi Donnarumma on a five-year deal.

The 22-year-old, who saved two penalties in the Euro final and was named player of the tournament, heads to France on a free transfer from AC Milan.

Donnarumma will be in competition with the experienced Keylor Navas for the goalkeeeper’s jersey.

“I am delighted to be part of this huge club,” said Donnarumma in a statement released by PSG.

“I feel ready to take on this new challenge and continue to grow here.

“With Paris, I want to win as much as possible and to bring joy to the supporters.”

During his six seasons with the Rossoneri, the Naples-born goalkeeper made 215 Serie A appearances along with 16 Europa League matches and 12 Italian Cup matches (including the 2016 and 2018 finals).

Lyon defender, Marcelo demoted for ‘farting in dressing room and…

He is the third player to sign for PSG on a free transfer this summer following Spanish defender Sergio Ramos and Dutch midfielder Georginio Wijnaldum who were out of contract with Real Madrid and Liverpool respectively.