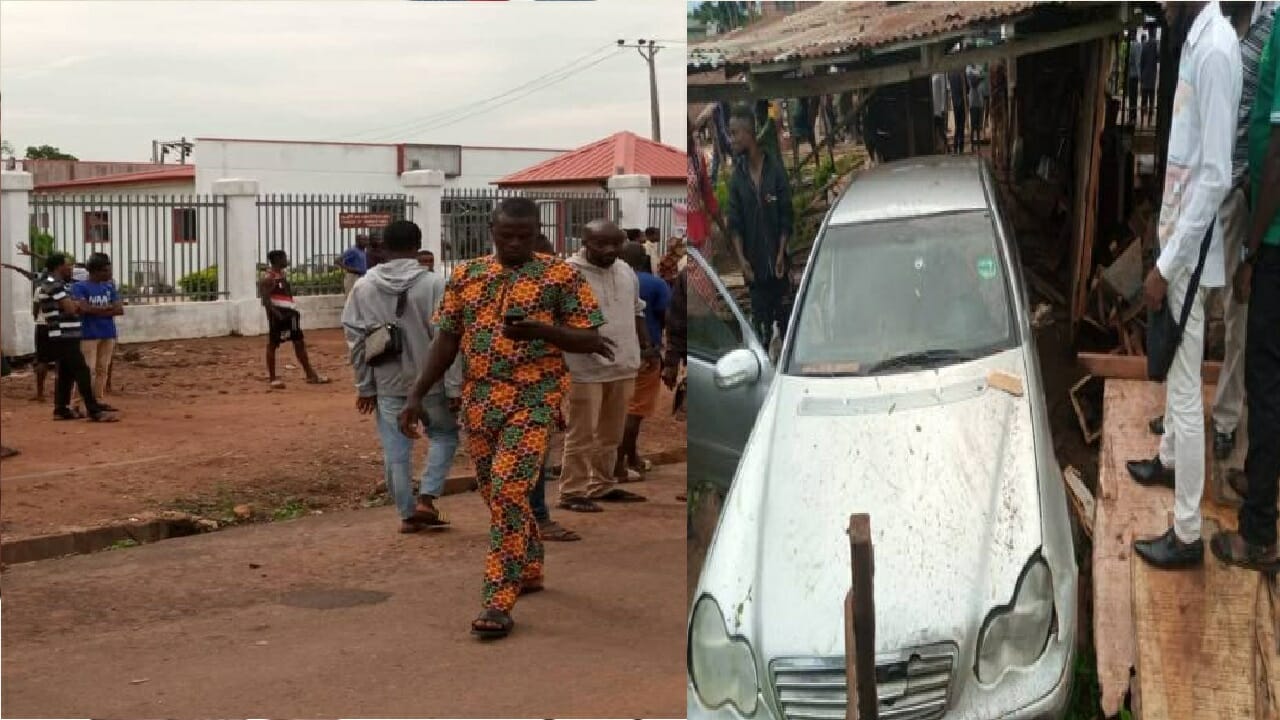 Three persons have been confirmed dead and many others wounded in a bank robbery in Ilara- Mokin, Ifedore Local Government Area of Ondo State.

WITHIN NIGERIA gathered that the dare-devil armed robbers were said to have stormed the community in a rambo-style operation before attacking the only new generation bank in the community.

With an undisclosed amount of money carted away, many others were said to have been injured as they were hit by strayed bullets of the robbers.

According to sources, the gunmen broke down the bullet-proof door of the bank with dynamite before they gained entrance into the banking hall.

Among those killed was Olubunmi Afuye, an Ondo-based journalist who is also the spokesperson of an Elizade University, Ilara-Mokin.

The journalist was shot in the head while he was seated in the driver’s seat of his vehicle, which was parked outside the bank.

Afuye was said to have anchored an event at the Federal University of Technology, Akure, (FUTA) before the incident.

The deceased journalist was working with one of the state-owned radio station, Orange fm before his appointment as the Public Relations Officer, PRO, of Elizade University Ilara-Mokin less than a month ago.

The robbers also killed a policeman and a motorcyclist during the attack.

They were said to have shot sporadically into the air to scare people in the area while their operation lasted.

According to sources, the police officer was during the explosion of the dynamite while Afuye and the Okada rider were killed while passing through during the robbery.