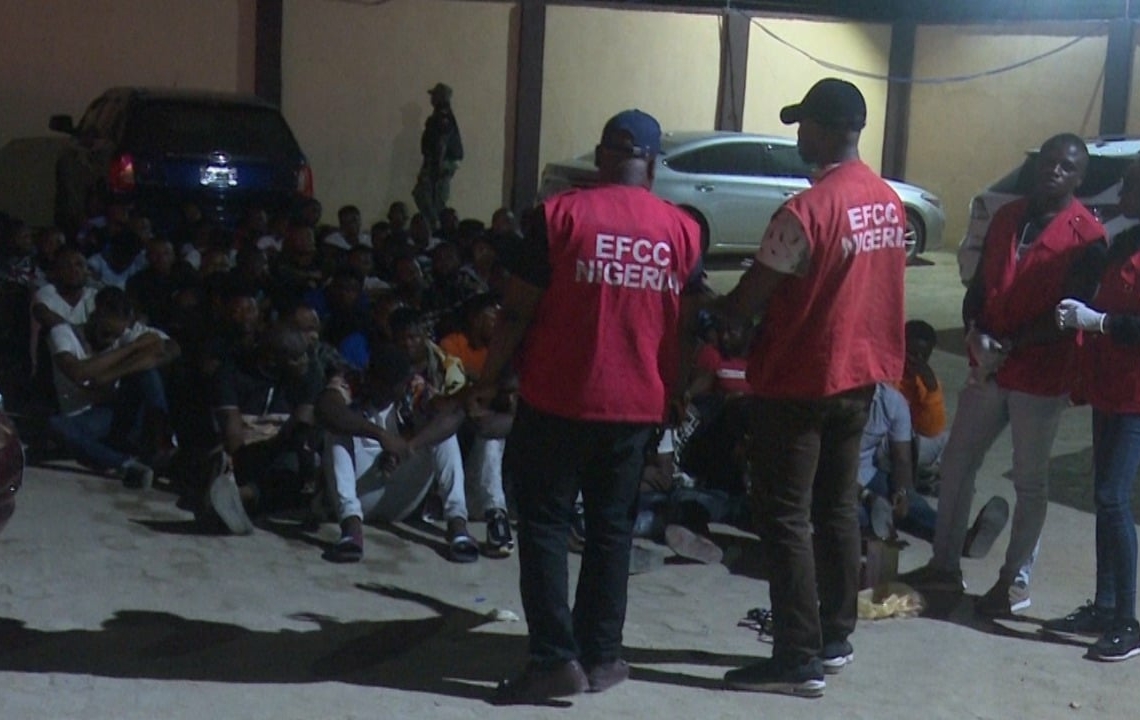 The Economic and Financial Crimes Commission (EFCC) has warned hotels in the country to stop aiding internet fraudsters.

The anti-graft agency’s spokesperson, Wilson Uwujaren, said in a statement on Wednesday, July 14, 2021 owners could become criminally liable for allowing their premises to be used for cybercrime.

He noted that this is a contravention of the Advance Fee Fraud Act which on conviction could lead to a five-year term in prison without the option of a fine.

“The Commission warns hoteliers from allowing their premises and facilities to become havens for cybercrime,” he said.

The statement was in reaction to EFCC’s recent raid at a hotel in Lagos where operatives arrested at least 30 people accused of internet fraud.

The operatives gained entry into the occupants’ rooms by allegedly seizing the master cards from the management of the hotel at gunpoint.

It was also gathered that some of the occupants were naked under the duvet when the operatives gained entry into the rooms.

Uwujaren dismissed the allegations that the operatives invaded the privacy of guests and conducted illegal checks. He said EFCC was acting on verified intelligence on the activities of a suspected syndicate of internet fraudsters.

According to him, the hotel had been under surveillance, and that only the rooms of identified suspects were breached by operatives, with no break-in or violence involved.

He noted that 24 of the 30 people arrested have already confessed their involvement in cyber crimes and related activities.

“There was no incident as the hotel management served with the relevant warrant offered access to the operatives, to carry out their lawful duties,” he said.