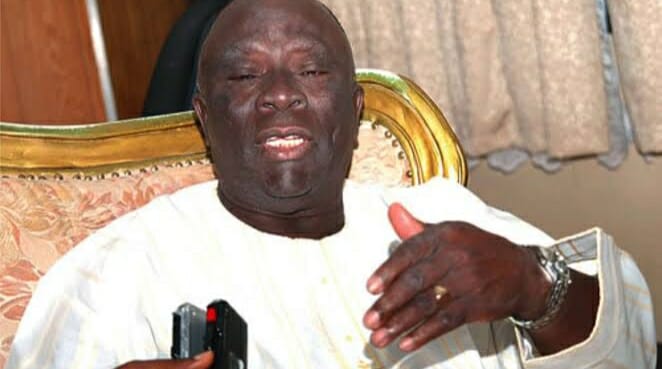 Leader of Afenifere, a Yoruba socio-political group, Ayo Adebanjo has stated that the favouritism by the President Muhammadu Buhari administration is the cause of insecurity in the country.

This was stated by Adebanjo during a Facebook live broadcast conversation series on ‘Solving Nigeria’s Security Conundrum: A Pan Nigerian Approach,’ organised by the International Centre for Investigative Reporting on Wednesday.

According to Afenifere leader, the president has refused to listen the complaints of citizens, and has, instead, preoccupied himself with endeavors that only benefit a section of the country.

Adebanjo said the problem facing the country is obvious, and it can only be solved by restructuring the constitution.

“The constitution itself that is being operated by the present government, which is the constitution I continue to say is fraudulent and imposed on us, does take into cognizance the heterogeneous nature of the society, which was taken into consideration at independence when we settled for federalism.

“The political crisis in the country is the constitution. We solved the problem in 1953 with the establishment of the federal constitution.

“Restructuring is not a political philosophy. The issue of this country is federalism. By the time you restructure to a federal system, all these things like devolution of power, state police and local government autonomy are embedded there.

“The number one enemy of peace in this country is the commander in chief himself. Under this current system, security is concentrated in the centre. The head of the government turns a blind eye to the causes of insecurity in the country.

“The only solution to our problem is this constitution. You can’t run a plural society under a unitary system of government. The moment the leaders of this country face the issue to restructure Nigeria back to federalism, that is the solution.”