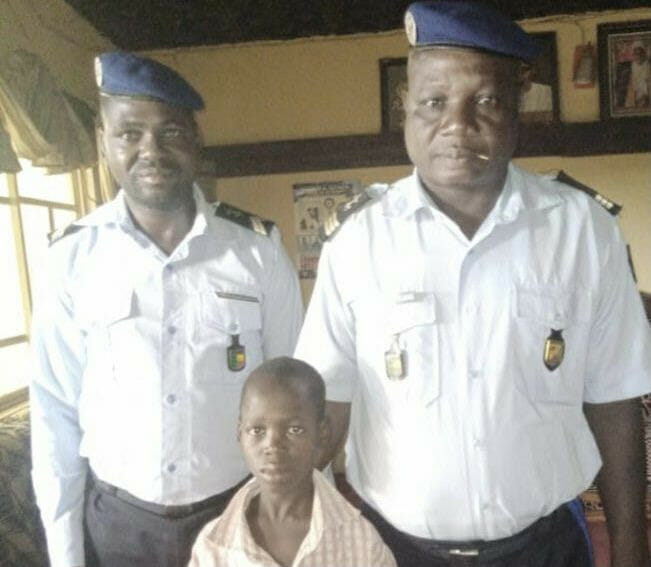 12-year-old boy suspected to be a kidnap victim has been rescued by the joint border patrol of the Nigeria Security and Civil Defence Corps (NSCDC), Nigeria Immigration Service and the Nigeria Police in Kwara state.

It was gathered that the victim was discovered inside a coffin covered with a white cloth in a vehicle by his abductors on Friday, July 16.

Spokesman of the NSCDC in the state, Zaid Babawale, who confirmed the incident said the operatives of the immigration Service, who were on a routine border patrol spotted an unmarked vehicle and stopped the driver who later took to his heel on sighting the officers, leaving the car.

“It was when the immigration officers searched the vehicle that they discovered a coffin and when they opened the coffin, a minor of about 12 years old was seen inside the casket, covered with white cloth,” Babawale explained.

Babawale further stated that the Immigration operatives alerted NSCDC and other security agencies involved in border patrol, saying that efforts are ongoing to arrest the two occupants of the vehicle said to be at large.

“The boy has been medically examined and found to be fine while further check revealed that the boy is from a village in Benin Republic,” he added.

In the meantime, the rescued minor has been handed over to the policemen in Benin Republic for further investigations and subsequent reunion with his family.