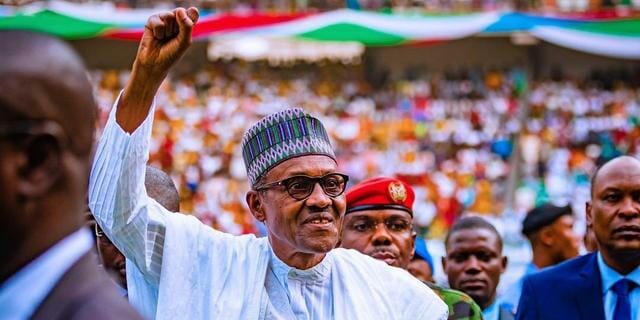 The ruling All Progressives Congress (APC) has condemned the allegation by the Peoples Democratic Party (PDP) that President Muhammadu Buhari has “self-succession” plans.

John Akpan Udoehede, the National Secretary of the party’s Caretaker Committee, described the APC as a “disciplined party”.

In a statement on Monday, the scribe said PDP is being haunted by its past.

Udoehede recalled the, “inglorious third term agenda” while the opposition was in power.

He noted that after APC congresses and the National Convention, “we will shock them.”

Udoehede assured that the party will work for the emergence of “a consensus and an agreeable candidate,” ahead of 2023.

“APC has no third term agenda. What we are doing now is to stabilize the party and not allow individual ambitions to derail the administration of President Muhammadu Buhari,” he added.