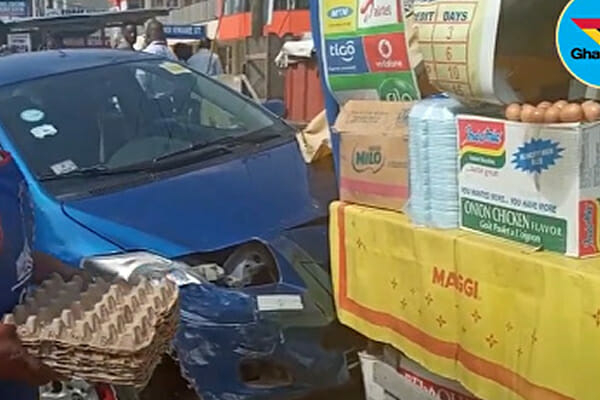 A food vendor, simply identified as Seun was reportedly crushed to death after a car rammed into the house where she was selling noodles in Ondo State.

It was gathered that the incident occurred when the middle-aged woman was preparing noodles with eggs in front of a house close to the road along Surulere area in Ondo West Local Government Area of the state.

An eyewitness said the driver of the vehicle was driving at an excessive speed from the Yaba end of the road in Ondo town when he lost control of the vehicle and rammed into the woman’s food stand.

According to another eyewitness, the accident happened when the deceased was already through with the day’s business around 11pm and had packed her utensils inside the house.

“Unfortunately, she was cleaning the floor when the car rammed into her and crushed her to the next building.”

“The driver of the car rammed into the house where she used to prepare indomie with eggs for people to buy. The car owner took to his heels after the incident happened.”

Meanwhile, the house of the driver of the car who ran away from the scene was said to have been identified by some residents within the town.

Yaba Police Area Command, confirmed the incident, stating that investigation had commenced towards arresting the culprit.