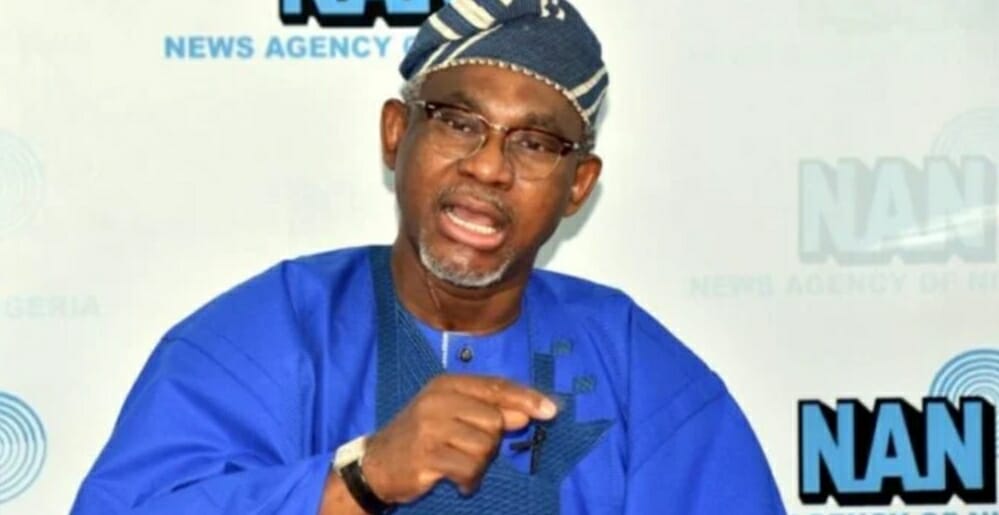 Minister of mines and steel development, Olamilekan Adegbite has stated that the federal government and United Arab Emirates (UAE) have agreed to track illicit gold trade between the two countries.

Speaking at the News Agency of Nigeria (NAN) flagship forum on Tuesday in Abuja, the minister said the Nigerian government is negotiating a bilateral agreement with the UAE to check every gold entering Dubai from Nigeria.

He noted that the gold moved illegally, passed through UAE police freely unknown to them that royalties were not paid to Nigeria.

“The UAE collect their own charges on gold that arrived in Dubai airport, but Nigeria government has told UAE to ask anyone entering Dubai with Nigeria gold to present a certificate of exportation got from Nigeria before allowing them to pass,” he said.

“All we expected from whoever that is travelling from Nigeria to Dubai with our raw gold is to pay a royalty to the Nigeria government, and such person will be given certificate of exportation.

“The certificate of exportation will be automatically integrated into the Nigeria Customs Services system, our law accepts exportation of gold, but royalty must be paid.”

The minister said the federal government is working to eradicate multiple taxations for miners.

He said that though the constitution vested control of mineral resources in Nigeria in the federal government, the fund goes into the Federation Account, of which everybody participates

He added that all the 774 local governments got money from that account, but if they cut corners by disturbing the miners with unnecessary local taxes, they get discouraged.

“So, its double jeopardy when you go and do all these illegal taxes, or you go and disturb the miners when you benefit from what is derived in your place, you get a 13 per cent derivation,” he added.

“You also get your share of the national accounts as, of course, laid down statutorily. So, it is a continuous process, we educate everybody, and I think we are getting good results.”

The minister said there is a mineral resource committee (MIRENCO) in every state, and the governors nominated the chairperson so that that committee would be in the know about everything going on about mining in that state.