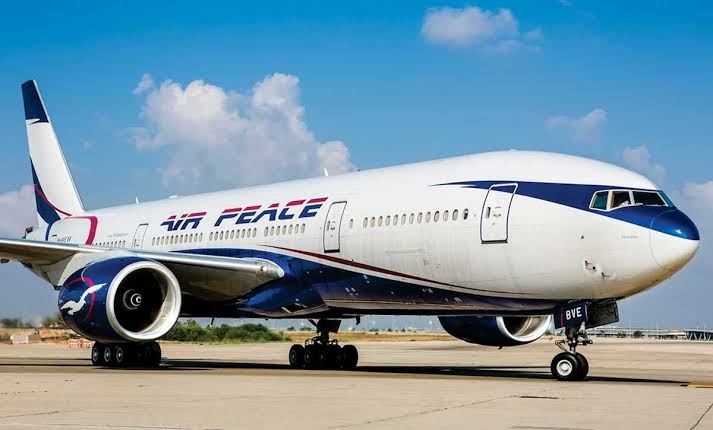 Sixty-six passengers and six crew onboard an Air Peace aircraft from Abuja were said to have “disembarked safely” when one of the plane’s tyres blew off after landing at the Ilorin Airport in Kwara State.

It was gathered that the incident happened on Friday at 10:30am while the B737-500 aircraft with registration number 5N-BQR was taxiing to the parking bay at the airport.

No one was reportedly injured during the incident and no life was lost.

Speaking on the incident through a statement, the management of Air Peace airline denied reports that the plane crashed.

According to a statement issued by the airline: “For the records, no such thing happened. The reports misrepresented and exaggerated the facts. We can confirm that the aircraft in question landed safely but had a minimal tyre burst while taxing. This debunks all the mischievously headlined reports circulating online, which should be disregarded.

“Our aircraft neither crashed nor crash landed in Ilorin or in any place for that matter. This kind of sensationalism is bad and was intended to cause panic in the minds of the flying public.

“It was duly reported to the authorities and passengers disembarked seamlessly. The tyres have, however, been fixed and aircraft is intact. We condemn sensational publication of falsehood.”

The airline pledged its commitment to providing peaceful connectivity across cities and assured of the highest standards of safety in its operations.