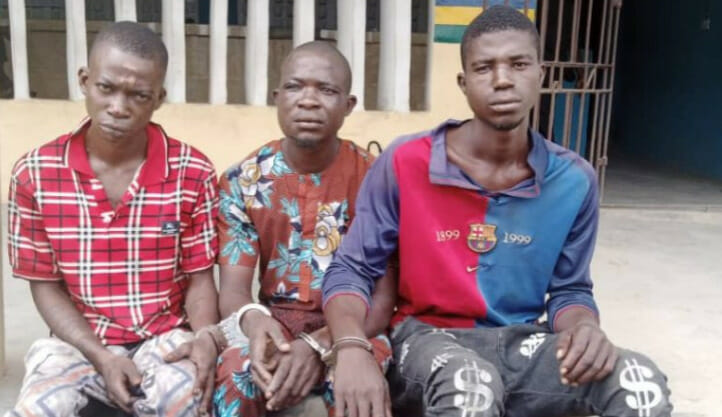 Police in Ogun State have arrested three suspected armed robbers for reportedly robbing one Tope Alabi and dispossessing her of a huge sum of money in Atan, Ado-Odo/Ota Local Government Area of the state.

WITHIN NIGERIA gathered that the suspects were nabbed on Thursday after the said Tope Alabi’s provision shop was invaded. 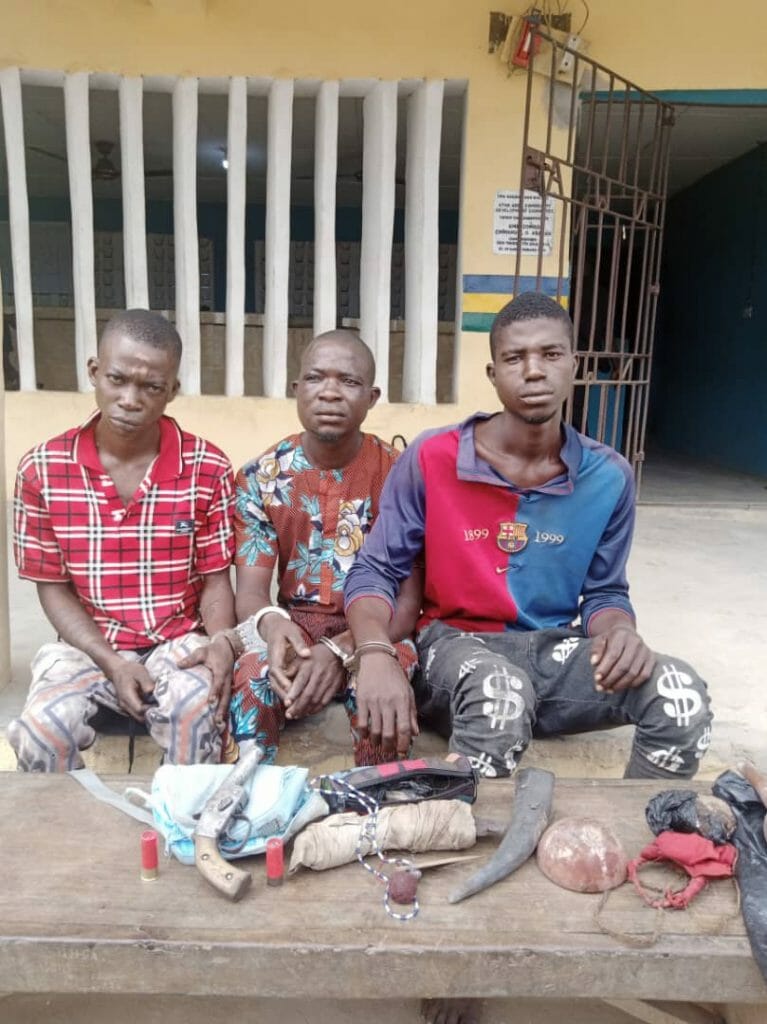 WITHIN NIGRERIA learnt that their arrest followed a distress call received at Atan Ota Police Station at about 9:45 pm on June 22, that a shop had been invaded at Oke-Ore area, and the owner, one Tope Alabi, had been held hostage.

“Upon the distress call, the DPO of Atan Ota division, CSP Abolade Oladigbolu, mobilized his men and moved to the scene,” Oyeyemi told newsmen in Abeokuta on Sunday.

Sighting the policemen, “the hoodlums, who first attacked the team, later took to their heels,” the PPRO stated, adding that “they were hotly chased and the three of them were subsequently apprehended.”

A locally-made pistol, two live cartridges and “assorted dangerous charms” were reportedly recovered from the suspects.

Meanwhile, the Commissioner of Police, Edward Ajogun, has ordered the transfer of the case to the state CIID. He appealed to the public to always inform the police on time whenever they notice any distress situation.