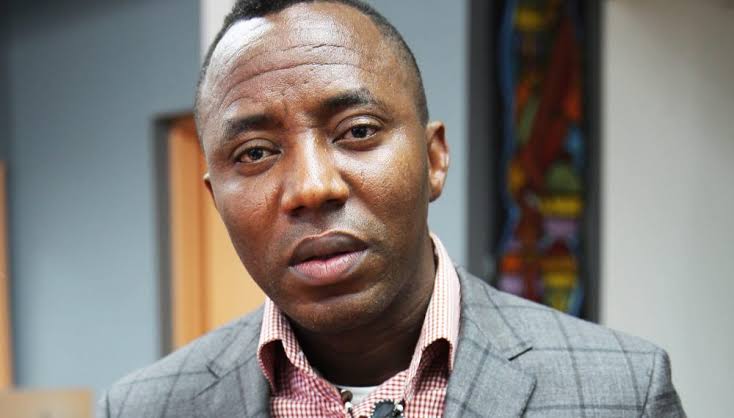 Sowore was arrested on Monday at the Federal High Court, Abuja, the venue of the trial of the leader of the proscribed Indigenous People of Biafra (IPOB), Nnamdi Kanu.

Sowore was accosted as he continued to lifestream activities around the court vicinity. His phone was also seized from him before he was finally taken away.

The camera belonging to Brock Media was equally snatched from the journalist, Yusuf Rock, while he narrowly escaped arrest.

Sowore tweeted at about 11:09 am that he was “just Arrested by @PoliceNG at the Federal High Court in Abuja!”

Prior to his arrest, Sowore, had been challenged by a yet to be identified man, who accused the leader of the Indigenous People of Biafra, Mazi kanu of fuelling discord in the country.

Sowore who came to witness the court proceedings was astonished when the man challenged him in an open debate over Nnamdi Kanu’s trial.