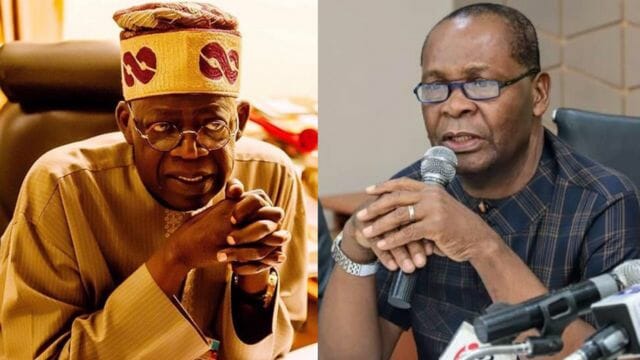 How Tinubu made many Igbos billionaire – Joe Igbokwe

Joe Igbokwe, aide to Governor Babajide Sanwo-Olu, has revealed how the National Leader of the All Progressives Congress, APC, Asiwaju Bola Ahmed Tinubu made a lot of Igbo people billionaires in Lagos State.

Igbokwe said that Tinubu persuaded his Igbo friends some years ago to invest in the Lekki Corridor and Igbo people who followed Tinubu’s persuasion are now billionaires.

He stated this in a Facebook post titled: “How Asiwaju BAT created many Igbo billionaires in Lekki Corridor Lagos.”

The post reads: “In those days LEKKI Corridor was begging for attention. Nobody saw the potentials of that investment hub. Nobody thought LEKKI will be what it is today. ASIWAJU saw the real potentials and began to speak to some people to take a look at that side of Lagos and invest there for tomorrow.

“ASIWAJU spoke to some of his Igbo friends in Lagos and told them that LEKKI will be the new Lagos anytime soon. He told them: “If you have the money go and buy property there and you will not regret it”.

“ASIWAJU knows what he is talking about because he, himself has been a real estate guru for years. Those Igbo boys and other Nigerians who took his advice are smiling big time today. They are big time multi billionaires and their property keeps appreciating everyday. ASIWAJU BAT sees tomorrow.

“He sees what others cannot see. He plans ahead, e sows the seed. He keeps his friends and his head when others are losing theirs; he loves humanity. He creates and build leaders everyday. He hunts for talents with passion and grace. He loves other Nigerians. He loves Nigeria.”