The Independent National Electoral Commission (INEC) has stated that it has released the final list of 478 candidates nominated for the federal capital territory (FCT) area council election.

This was contained in a statement issued on Thursday by the INEC’s national commissioner and chairman, information and voter education, Festus Okoye in Abuja.

Okoye said the commission met on Thursday and deliberated on a number of issues.

Okoye said the issues included the conduct of the area council election in the federal capital territory scheduled for Feb. 12, 2022.

“Consequently, the Commission has approved the final list of 478 candidates nominated by 14 political parties to contest for 68 constituencies, made up of 110 candidates as Chairmen and Vice-Chairmen for the six Area Councils and 363 candidates for 62 councillorship positions,” the statement reads.

The detailed list of the names, gender, age, academic qualification and disability (if any) of the candidates has been published in the Commission’s FCT office.

“This has also been uploaded on our website and social media platforms, in compliance with the requirement of Section 34 of the Electoral Act 2010 (as amended) and for public information,”

The summary of the list shows that 55 candidates including three females were nominated for the chairmanship election and one female vice-chairman, for the six area councils in FCT.

Also, 363 (made up of 332 male and 31 females) were nominated as candidates for councillorship election in the six area councils.

Abaji Area Council, seven political parties including the APC and PDP nominated candidates for chairmanship election, who are all men.

For Abuja Municipal Area Council, 14 political parties including AA, APC, DPD, SDP and YPP nominated candidates for the election, with only one female nominated by NRM and five others nominated for vice chairmanship position.

The list also shows that 98 candidates comprising 15 females and 83 males were nominated for the 12 councilorship seats in AMAC.

The list released by INEC also shows that 71 candidates were nominated for 10 councillorship election in the council, with only six of them as female.

For Gwagwalada Area Council, nine political parties nominated candidates, all male, for the chairmanship election and one female for vice chairman.

The list also indicates that 59 candidates including six females would be contesting the 10 councilorship election in Gwagwalada Area Council.

The commission also published list of six candidates, with no female, nominated by six parties for Kuje Area Council election.

Also published was the personal particulars of 44 candidates, with four females nominated by parties for the 10 councilor seats in Kuje Area Council.

The commission also published list of 51 councilorship candidates, including one female, for the area council.

The list indicated that the ADC, APC, PDP and SDP nominated candidates for all the seats to be contested for in the election. 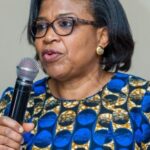 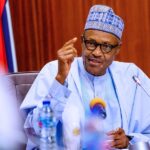 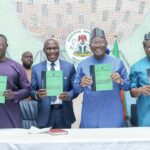