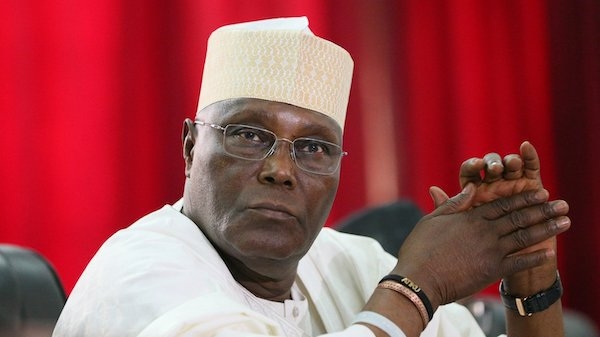 Former vice-president, Atiku Abubakar has called on aggrieved members of the Peoples Democratic Party (PDP) to embrace the reconciliation mechanism set up by the party.

WITHIN NIGERIA had reported that seven deputy national officers of the party resigned on Tuesday in protest against what they called “poor leadership”.

The national officers had alleged that there is a lack of financial transparency in the party’s leadership.

Atiku in a statement issued on Thursday by his media adviser, Paul Ibe said the party cannot afford to be divided at a time when Nigerians look up to it to change their “miserable living conditions”.

The former presidential candidate said the infighting in the opposition party will only profit the All Progressives Congress (APC).

“Those who want Nigerians to continue with the current hardship in the land will be eager to fuel the crisis in the PDP for their political advantage,” the statement reads.

Atiku denied the allegations that he is behind the crisis in the party.

The PDP chieftain said the “price of having a fragmented PDP is too high to pay, but above all, a betrayal to the memories of the founding fathers of the party”.

“The PDP is greater than our individual ambitions. We have to consolidate the party first before we talk about our ambitions. We have to be careful not to play into the hands of the ruling party. We can’t afford a one-party system in Nigeria that denies our people a viable alternative for true change in 2023,” he said.

Atiku asked the PDP leaders to put personal differences aside and work for the good of the party, adding that “divided soldiers cannot fight a war and win”.

He added that all contentious issues in the party can be resolved through constitutional means.