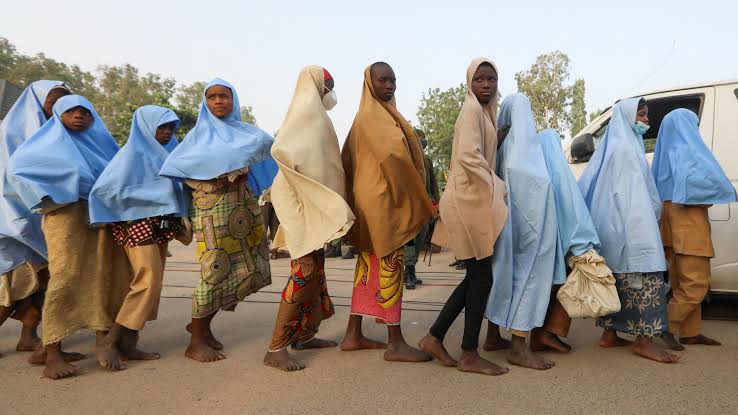 The minister of state for education, Chukwuemeka Nwajiuba has stated that the federal government is “constrained to stop negotiations” with bandits.

This was stated on Wednesday by the state education minister after the federal executive council (FEC) meeting which was presided over by Vice President Yemi Osinbajo at the presidential villa, Abuja.

He said the federal government is doing all it can to protect schools and stop the spate of abductions in the country.

“Truly speaking, it is disheartening anytime any of our students are taken at any point, I can assure you that the federal government is doing all that it can. We have held several meetings with our security personnel and that whole region,” he said.

“But the containment policy of the military is actually in response to what we also did as the humanitarian element that surrounds it, because the way the military will engage bandits once they have our citizens will not be the same way they will engage them ordinarily. And therefore, they may not just go into the forest shooting at everything or everybody they see. And that has enabled the bandits use some of our citizens as human shields.

“We are constrained to stop negotiations with bandits because we’ve seen that every time they get any payment, it leads to further escalation because they reequip and they rearm and then they go back.”

Asked what measures are in place to ensure that federal government schools are not attacked by bandits, the minister said: “I had already said that the whole of government approaches to security exercise is not just limited to our schools.

“Yes, the federal government owns a few federal colleges around Nigeria. Out of the 25,000 secondary schools, federal government owns only 120 of them. And we are constantly policing each of our parameter areas. As far as we’re concerned, we have policemen, we have Civil Defence, we are collaborating with the ministry of interior, the police to have personnel, boots on the ground everywhere.

“But we’re not limiting ourselves to our own institutions at all, that we’re looking at the security as a national policy is a whole of government engagement. And we already had worked out with the rest of the governors and security operatives around the country on how to do this. And I just explained that if you look at a place like Kaduna state, with 512 secondary schools, we’ve had to look at those who are most prone, which from our analysis are exposed, girls secondary schools with boarding facilities are most at risk.

“So what we’ve done is to look at the radius from response time at the security agency stations to where the schools are, and if it exceeds the maximum reaction time that the military and us have worked out, we close down those schools and have them come and recite with or co-locate them with schools that are within the prescient of what we determined are safe at the moment.”

The minister said buzzers alarm systems and perimeter monitoring have been put in place in schools in Sokoto to ward off potential attacks.