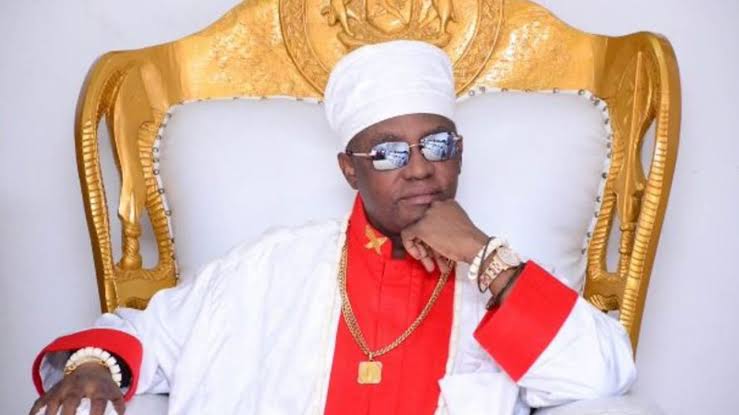 The fifth wife of Oba of Benin, Princess (Oloi) Esosa, has been delivered of a set of quadruplets, consisting of three princes and a princess.

Oba of Benin also expressed appreciation to God Almighty and the ancestors for the abundant blessings.

The eminent traditional ruler in May 2020 welcomed his first infant prince after he ascended the throne as the 40th Oba of Benin.

The Presiding Priest of the oldest worship centre in Africa, the Holy Aruosa Cathedral, in Benin, Ohen-Osa Igbinoghodua Edebiri, offered prayers to God for good health, wisdom and guidance for the quadruplets, their parents and other members of the Benin royal family.

While the celebration was ongoing, members of national executive of Immaculate Conception College (ICC), Benin, the Oba of Benin’s alma-mater, also identified with the monarch and the Benin royal family on the safe delivery of the quadruplets.

The ICC’s team was led by John Osa-Omoregie, an engineer, who hailed the traditional ruler for his support towards the development of their alma mater while pleading with the king to continually support the college.