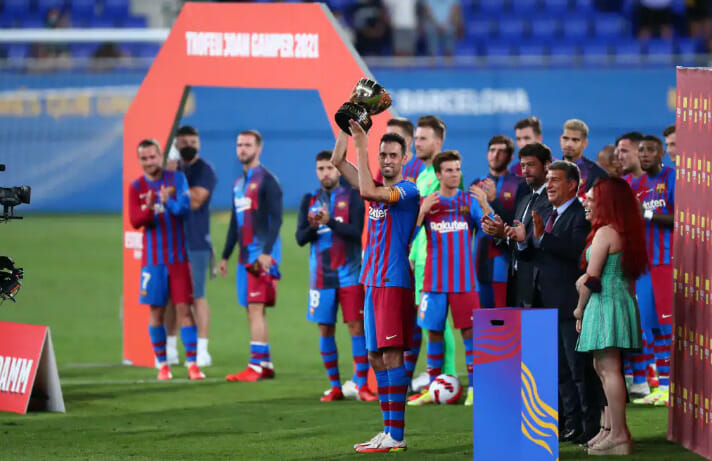 Barcelona began life without their talisman Lionel Messi with a 3-0 win over Juventus in the Gamper Trophy on Sunday.

Messi is leaving the Nou Camp after 21 years, after failing to agree fresh terms with the club.

Earlier in the day, the 34-year-old bid farewell in an emotional press conference.

But his team mates put his departure behind to crush Juve.

Memphis Depay opened the scoring after just three minutes. Martin Braithwaite made it 2-0 with a thumping header just before the hour mark from a corner.

The new LaLiga season gets under way on Friday, but Barcelona host Real Sociedad on Sunday in their opening fixture.