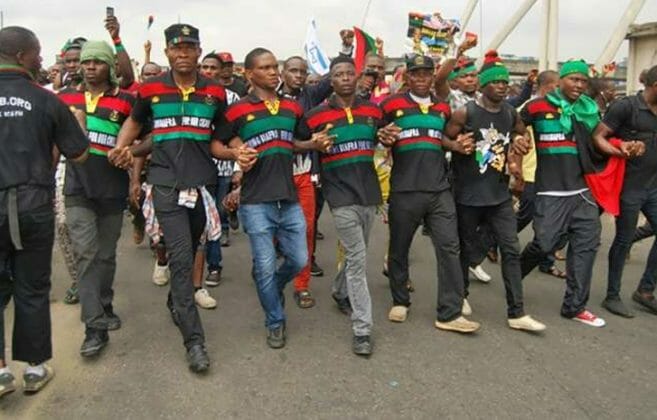 Six suspected members of the Indigenous People of Biafra, IPOB, were killed during a gun battle with officers of the Nigerian Navy at Awkuzu, Anambra state on Monday, August 9.

The Commander Officer of the Naval Outpost in Onitsha, Adekunle Okeniyi, who disclosed this in a statement said the suspected IPOB members attacked the troops and carried out an attack.

The statement reads: “The attention of the Naval Outpost, Onitsha has been drawn to some false publications that on the 9th August 2001, two naval personnel were killed at Awkuzu during a gun duel with suspected Indigenous People of Biafra (IPOB) in Anambra state.

“The Naval Outpost Onitsha clearly refutes this fake news and wishes to state categorically that none of own personnel suffered any casualty during the gun duel.

“Rather, the troops fought gallantly and were able to repel the attack which resulted in the loss of six suspected IPOB members while others suffered serious injury.

“For the avoidance of doubt the Naval Outpost Onitsha calls for an immediate halt to the circulation of this fake news and wishes to advise the general public to disregard this fake news.”