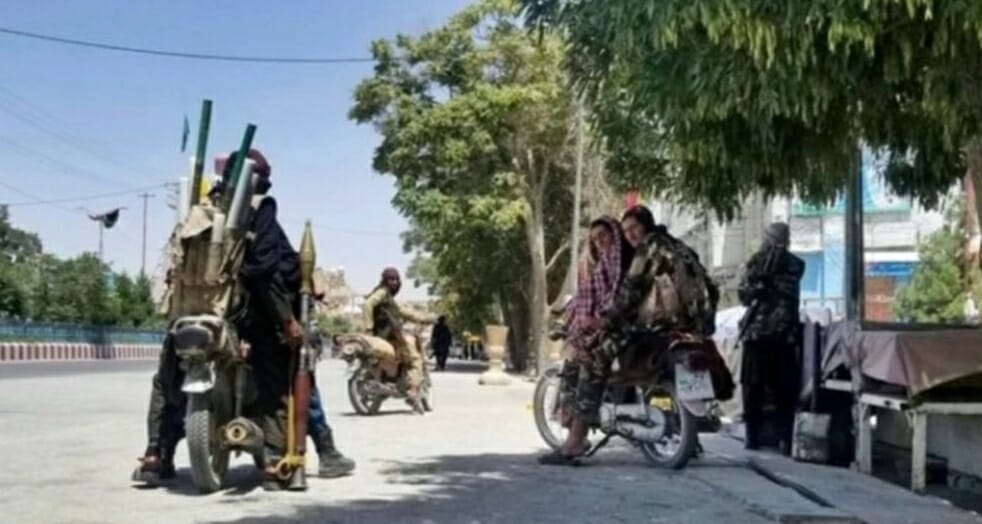 Kabul, the capital of Afghanistan has been reportedly invaded by Taliban fighters.

The Taliban fighters also demanded the transfer of power.

WITHIN NIGERIA learnt that the insurgent group on Sunday besieged the outskirts of Kabul, firing shots sporadically while citizens and foreigners were seen escaping the city.

According to report, workers fled government offices while civilians have withdrawn their life savings to escape the country.

Taliban spokesperson, Suhail Shaheen while speaking on Al-Jazeera said they are “awaiting a peaceful transfer of Kabul city”.

He refused to give specifications on any possible negotiations between his forces and the government.

Reacting to the development, the acting defence minister, Bismillah Khan assured the people that Kabul will remain secure.

The Talibans were reported to have tried calming residents of the capital, insisting their fighters would not enter people’s homes or interfere with businesses.

They also said they would offer “amnesty” to those who worked with the Afghan government or foreign forces.

“No one’s life, property and dignity will be harmed and the lives of the citizens of Kabul will not be at risk,” the insurgents said in a statement. But they also warned no one to enter the area around the capital,” Khan said.

In 2001, US-led forces removed the Talibans from power, but the group has returned, asking to take over the central government.

On August 6, they gained control over Zaranj, the regional capital, and have intensified their advances across the country in the past 10 days.

On Thursday, the insurgent group took over Lashkar Gah, the capital of the southern province of Helmand, after gaining control of Kandahar and Herat, the second and third largest cities in the country.
Share