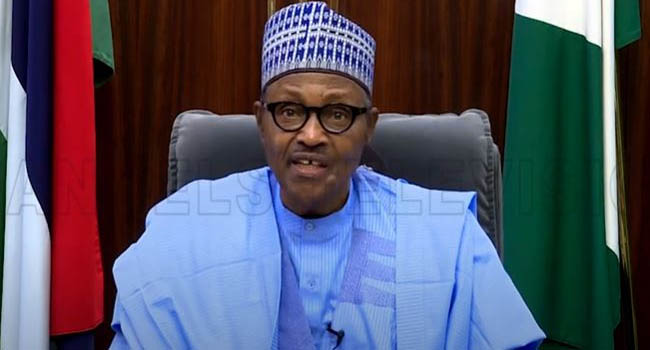 PANDEF slams Buhari for signing PIB into law despite outcry

The Pan Niger Delta Forum (PANDEF) has stated that the signing of the Petroleum Industry Bill (PIB) into law by President Muhammadu Buhari shows the feeling of Niger Delta people does not matter.

This was contained in a statement issued on Monday by the forum’s national publicity secretary, Ken Robinson.

According to PANDEF, the law is unacceptable to the people of Nigeria Delta.

Recall that President Muhammadu Buhari had earlier, on Monday signed the PIB into law.

The bill has been a subject of controversies in recent times as some stakeholders argued that the percentage for host communities is not enough.

“It’s quite unfortunate that President Muhammadu Buhari went ahead to assent to the Petroleum Industry Bill, despite the overwhelming outcry and condemnation that greeted its passage by the National Assembly, especially with regards to the paltry 3% provision for the Host Communities Development Trust Fund and the brazen appropriation of an outrageous 30% of NNPC Ltd profit for a dubious, nebulous Frontier Oil Exploration Fund,” the statement reads.

“This PIB falls way short of the expectations of the Oil and Gas Producing Communities, that bear the brunt of unconscionable industry operations.

I will announce new NDDC Board soon – Buhari

PANDEF added that the Niger Delta people would make public their position on Buhari’s “callous act” after consultations.

“This assent, by President Buhari, simply speaks to the repugnant attitude of disregard, propelled by arrogance, disdain and contempt with which issues concerning the Niger Delta Region are treated, particularly, by the present Administration,” the statement further reads.

“What this act signifies is an unequivocal message to the Niger Delta people that how they feel and what they say, do not count, at all, in the Schemes of the Nigerian Project.

“That’s insensitive, abominable and afar every boundary of proper Democratic practice, and, therefore, unacceptable to the good people of the Niger Delta, the critical economic nexus of the entire Nigerian territory.

“The Niger Delta people will speak, shortly, after full consultations, on this callous act, on the best legal and political response.”