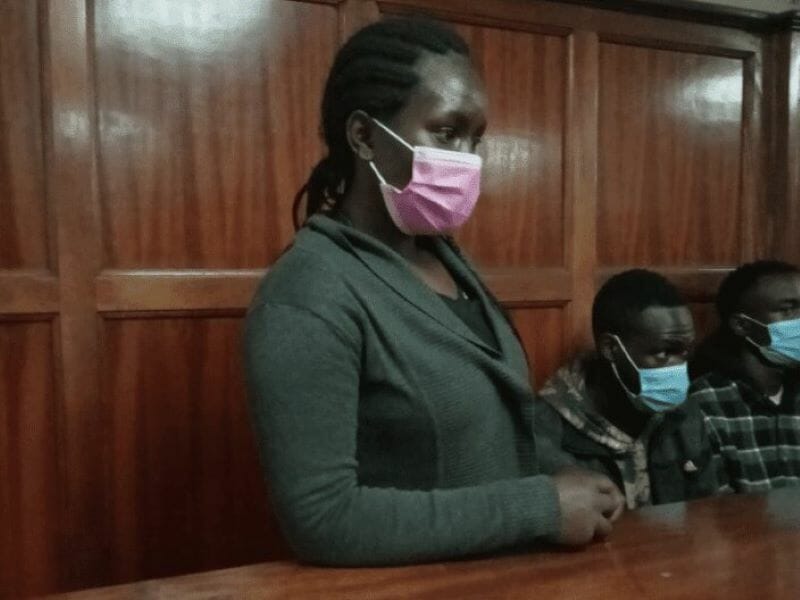 A 22-year-old Sabina Mwikali Muasya has been charged with raping a 12-year-old boy for six months and forcing his 5-year-old sister to have oral sex at Kileleshwa Mosota Gardens in Nairobi county, Kenya.

The suspect, who appeared in court on Wednesday, August 18, with her three-month-old baby is alleged to have on diverse dates between January 2020 and July 2020 intentionally and unlawfully forced the child into having sex with her.

The house help, who is charged with a total of three counts is also alleged to have compelled a child aged 5 years to suck the penis of her brother who is aged 12 years.

According to police report, the mother of the two siblings reported the matter two months after the house help left.

“She reported that she came to know about this on November 8, 2020, at around 10 pm through a conversation between her 5-year-old daughter and the new house help while she was bathing her, that Sabina used to tell her to suck the penis of her brother” read the police report.

On hearing the conversation, the mother allegedly summoned the children and demanded to get the full explanation of what had been happening while Sabina was working for them. The children allegedly confessed that indeed Sabina had been sexually assaulting them.

On November 12, 2020, police recorded statements from the children and the new house help and on February 5, 2021, the victims were taken to hospital for medical examination.

After pleading not guilty, Sabina through her lawyer pleaded with the court to release her on bail saying she has a three-month-old baby who needs her care.

Nairobi Magistrate Jane Kamau ordered the accused to be remanded at Langata Women’s Prison awaiting a pre-bail report to be filed in court on September 1, 2021.