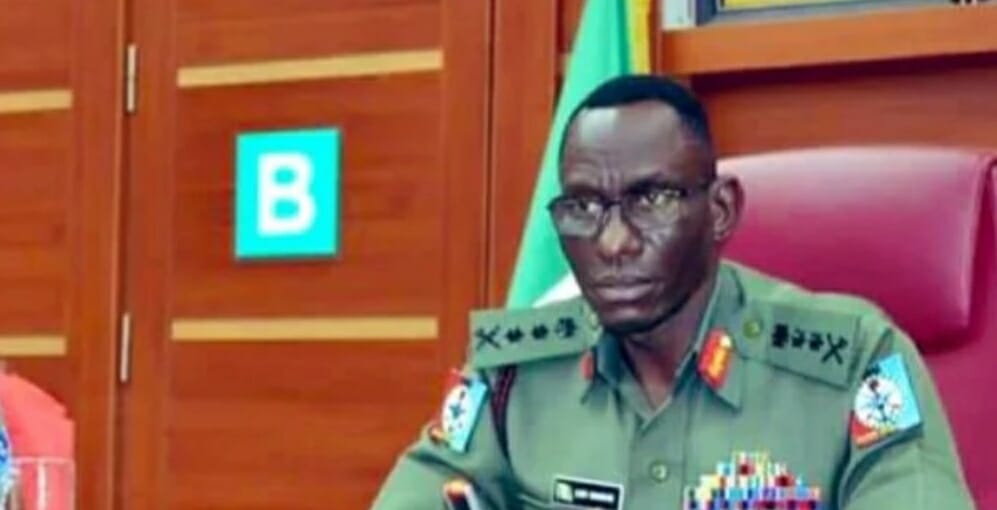 Why we need retired soldiers in fight against insecurity – Irabor

Chief of defence staff (CDS), Lucky Irabor has stated that Nigeria “needs to fall back on retired military officers” in the fight against insecurity.

This was stated on Wednesday by Irabor in Makurdi, the Benue capital, during a meeting with retired senior military officers from the north-central zone.

According to Irabor, the retirees can use their experience of living with civilians to provide security intelligence that can help in efforts to secure the country.

He urged the ex-servicemen not to consider themselves as retired personnel, but combatants in active service.

“To make a significant impact in ensuring that peace takes pre-eminence in the country, we need to fall back on the retired military officers,” Irabor said.

“This is because they also live among the people, thereby having a lot to offer regarding security issues.

“Once a military officer, you remain a military officer for life, whether serving or retired. The motto of the country, which is ‘Unity, Peace and Faith’, is what we swore to defend, and we are committed to it.”

On his part, Frederick Ugo, chief of Defence Civil Military Corporation (CDCIMIC), added that the country’s current security situation requires that “all hands must be on deck”.

“We have to tap from their (retired senior personnel) adequate training, experience and years of service. They have the capacity to think logically in identifying the security challenges and proffer solutions,” he said.

“The security situation requires that all hands must be on deck to nip it in the bud.”