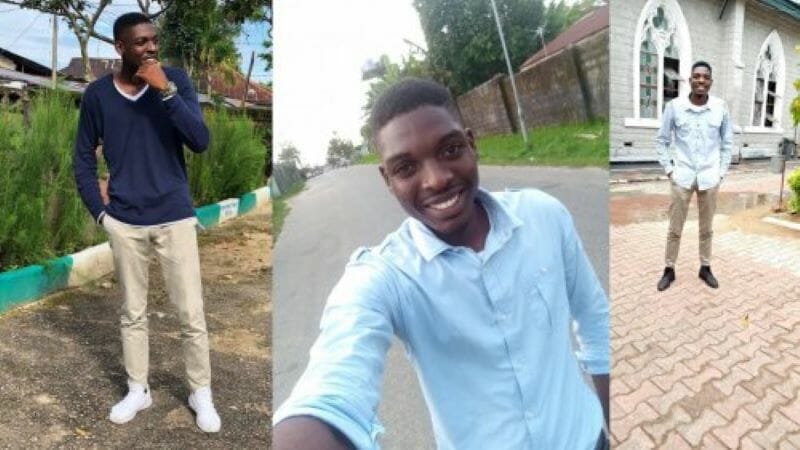 A 29-year-old Nigerian graduate, Lawrence Terwase, has been declared missing after he left Jos, Plateau state capital for Benue state to receive an employment letter from a company.

According to SaharaReporters, Terwase, who studied Psychology at the Benue State University whereabouts had remained unknown since then.

Terwase’s friend said efforts by the family members to reach him on the phone have been unsuccessful.

“My friend, his name is Lawrence Terwase, he is from Benue State but they live in Jos, Plateau State. Last month, according to the sister, the brother had a job interview in Makurdi, Benue State, and had to travel down there for the interview and returned to Jos.

“A few days later, the same company wrote him to come and collect his appointment letter. He boarded a bus going to Benue State but that was the last they heard of him. Till now, they haven’t heard from him. That was since the first week of July till now. The father went to Benue State, made reports at the police station, they even hired an investigator, but till now, they haven’t heard anything.

“The family also reached out to the company that had asked him to come for his letter, they even went to the hotel where he lodged the first time he went for the interview, but they all said the young man never reported at any of the places. Even the company said the appointment letter they wanted to give him was still with them. He never showed up.

“Calls to his phone number have not been connecting. The family contacted MTN to help them track the phone number or the last number he called but the MTN said they can’t do that without the permission of the Department of State Services (DSS). They said they can’t trace the number without DSS’ permission. His sister shared a post on Facebook so I had to immediately call her.”