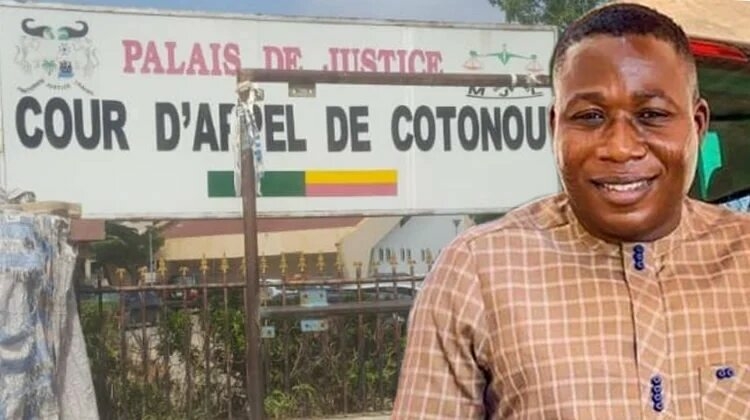 One of the defence counsels of a Yoruba youth leader, Chief Sunday Adeyemo better known as Sunday Igboho identified as Olusegun Falola has stated that the continued detention of his client at a prison facility in the Republic of Benin as a “blessing in disguise”.

Recall that Sunday Igboho and his wife, Ropo on July 20 were arrested at an airport in Cotonou by Benin Republic’s security forces while he was trying to flee to Germany.

Igboho was detained at the request of the Nigerian government, who had declared him “wanted” after raiding his home in Ibadan.

Barely 7 days, a Benin court blocked the immediate extradition of the self-determination activist back to Nigeria while ruling that Igboho be remanded in prison pending further judgement.

Falola in a chat with FeelrightnewsTV said Ighoho’s detention is a form of protection from Benin Republic government to keep him “underground until when there is a breath of fresh air.”

He added that the separatist is in good condition and well catered for.

“Igboho’s arrest shows he was cheated because he didn’t commit any criminal offence,” the lawyer said.

“I plead with all Yorubas and Nigerians at large, don’t see Sunday Igboho as a convict, see him as someone who is under Benin Republic’s protection. Igboho is only staying underground for now until when there is a breath of fresh air.

“Nigeria did not show up in court or bring up evidence against Sunday Igboho. So there are no criminal charges against him. When Igboho leaves prison, he’ll demand asylum from other countries, including France, and they will be ready to receive him.

“So he’ll return to Nigeria when the administration that is against him leaves office.

“He is hale and hearty and also in good condition. He is also getting more medical attention for him to be fit, especially ahead of any future political ambitions.”