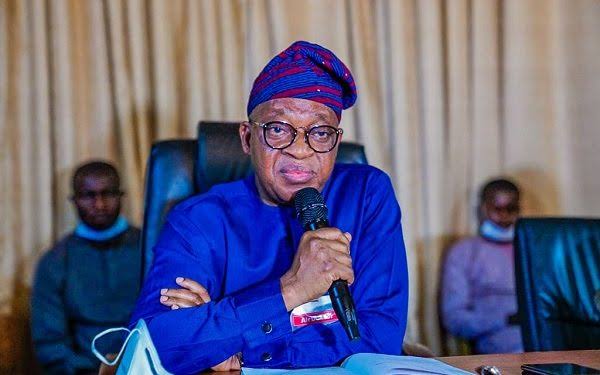 The Osun State Government has called on the residents of Ife and Modakeke towns to keep calm over the killing of five farmers by gunmen in Ile-Ife.

This is contained in a statement by the State Commissioner for Information, Funke Egbemode, on Friday in Osogbo, after a meeting of government officials with heads of security agencies.

Mrs Egbemode, who allayed the fears of a possible resurgence of the Ife/Modakeke crisis, appealed to the people of the areas not to allow criminal elements to seize any situation to unleash mayhem.

The commissioner said that government has also ordered immediate deployment of armed policemen with support from the army in the troubled areas to forestall possible breakdown of law and order.

While sympathising with the families of those who died in the unfortunate incident, Mrs Egbemode called on security operatives to get to the root of the circumstances leading to the death of the deceased.

She also urged the residents and citizens not to take laws into their hands.

According to her, the governor personally spoke to the Ooni of Ife, Enitan Adeyeye Ogunwusi, and the Ogunsua of Modakeke, Moses Oyediran Oladejo, on the situation.

She added that they both assured him of their commitment to peace by ensuring that the people from both areas also continue to remain peaceful and law-abiding.

“As government, we have resolved to do everything possible to protect citizens from actual and potential threats.

“To this end, we have ordered immediate deployment of security operatives to restore law and order.

“We have also directed security operatives to arrest and prosecute any person found fomenting trouble and to fish out those responsible for the killing of the five farmers.

“The state government, therefore, enjoins all citizens to be peaceful and law-abiding as all efforts shall be made to protect them and their property,” she said.

Meanwhile, the Police Command in the state has confirmed the killing of the five persons by gunmen in Ile-Ife.

The spokesperson of the command, Yemisi Opalola, who made the confirmation, said the victims were on motorcycles on their way to their farms when they were ambushed and killed.

Ms Opalola said the Police Commissioner, Olawale Olokode, had deployed a police tactical team and officers to forestall a breakdown of law and order in the area.

She also added that investigation has commenced on the circumstance leading to the killing, assuring that perpetrators of the heinous crime would be brought to justice.